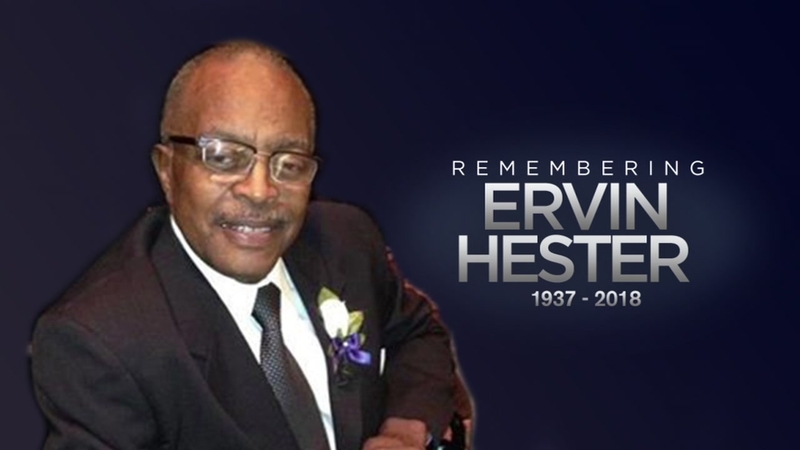 Hester, who was born in Durham and raised in Granville County, made history in the early 1970s when he began anchoring for ABC11 Eyewitness News on the weekend. Hester also hosted ABC11's community affairs program "Reel Perspectives" and the magazine show "Primetime." Hester retired from ABC11 in 1996.

Hester's family moved back to Durham when he was a high school sophomore and he graduated from Hillside High School in 1954. He attended North Carolina Central University for a time and eventually taught classes there. His career in broadcasting began in 1962 as an announcer and salesmen for WSRC-AM. In 1965, he became the programming, sports and news director.

Larry Stogner sits down with Don Shea and Ervin Hester to talk about the early days of WTVD.

His daughters say their father lived for the betterment of his community and always wanted to be a role model for African-American youth.

"Thank you Mr. Hester for paving the way for my career in TV news and for so many other journalists," ABC11's Tisha Powell said in a Facebook post Thursday. "You were a trailblazer and your legacy will live on. We'll miss you...and we thank you."

Ervin Hester was the first African-American anchor on ABC11, and one of the first in the southeast. He was a pioneer for journalists of color. He was a passionate newsman who carried himself with grace and dignity.
Saddened to hear of his passing but grateful he blazed the trail pic.twitter.com/WOOcccth5F