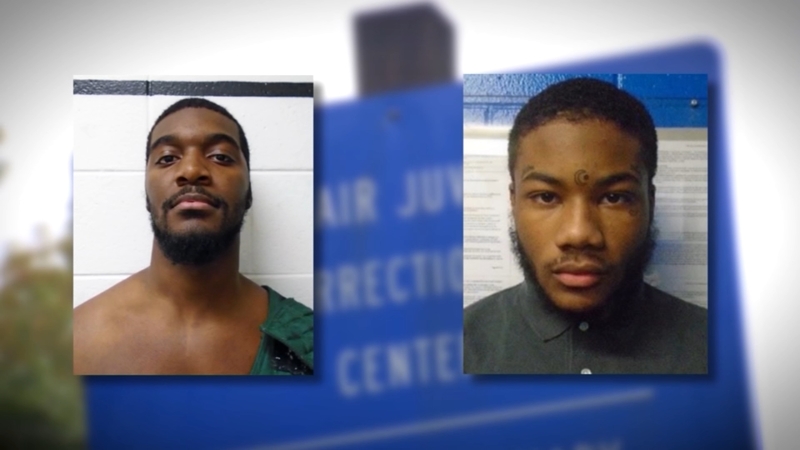 RICHMOND, VA (WTVD) -- Two young men, who would soon have been moved to adult prison, escaped juvenile custody in Richmond, Virginia, on Monday.

Jabar Taylor, 20, and Rashad Williams, 18, are on the run after using a cord to choke a security guard, stealing the guard's keys, escaping through a hole cut in the perimeter fence, and hopping in a car waiting for them outside the facility.

"If they have that type of mentality, what will they do to someone in the street?" a woman who lives near the juvenile facility said in an interview with a local news station.

Taylor was serving time after being convicted of second-degree murder and aggravated malicious assault. Williams was locked up for malicious wounding and robbery.

The pair were scheduled to be moved to adult prison once they turned 21.

Virginia State Police are searching for both escapees, but no information has been released on where the pair might be
headed.

The woman living near the facility said she and her neighbors are very worried.

"We're all wearing masks. They put a mask on, how do we know who they are? That's why it is extremely and highly dangerous right now," she said.