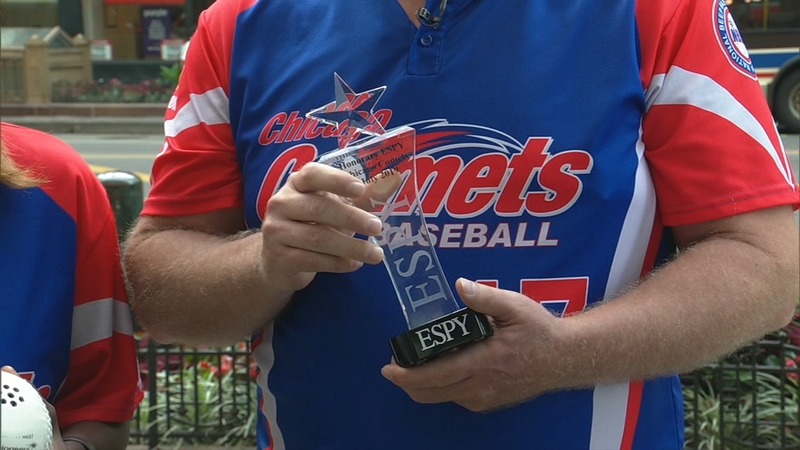 CHICAGO -- The Chicago Comets Beep Baseball Team has been awarded with an honorary ESPY Award.

Some of the players and their coach, JT Herzog, received the award on ABC7 Wednesday morning. Most of the players in beep baseball are either visually-impaired or blind.

"Because all players are blind or visually impaired, everybody has to wear a blindfold, just to level out the playing field," Herzog said. "We play with modified equipment, so a beep ball, it beeps. Our bases buzz. One other unique thing about it, our pitcher pitches to his own team, so he is not trying to strike the batter out, he's trying to put the ball in play."

Herzog said he got involved with the Chicago Comets after his son joined in 2000. He started coaching in 2001.

2019 ESPYS: When to watch, who's being honored and what to know

Team captain Kalari Jackson said playing for the Comets has been "life-changing."

"I discovered it at 9 years old and I have always been a competitive person and so it feeds that competitive nature, gives you an opportunity to run without somebody telling you to stop," Jackson said.