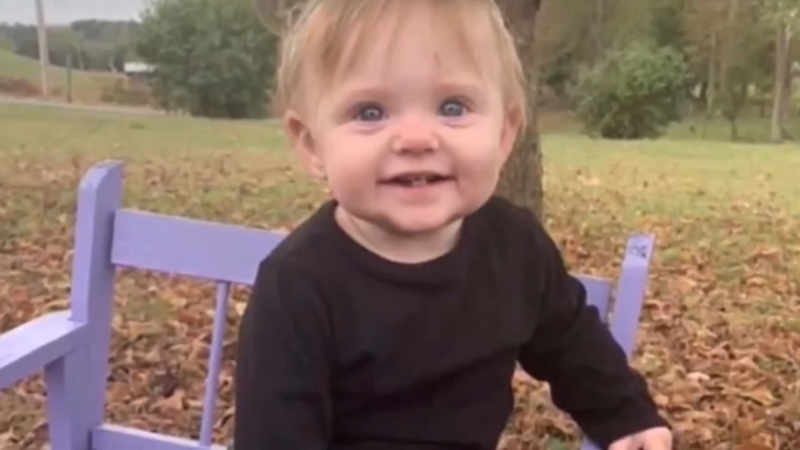 BLOUNTVILLE, Tenn. -- A Tennessee teenager was indicted Wednesday on felony murder and other charges in the death of her 15-month-old daughter, whose disappearance prompted a search across three states, officials said.

Megan Boswell, 19, of Blountville, was already being held in the Sullivan County jail on charges she had lied about her daughter's whereabouts.

The remains of Boswell's daughter, 15-month-old Evelyn Mae Boswell, were found five months ago inside a shed owned by her grandfather.

A family member reported the child missing on Feb. 18 though the child had not been seen since December, the Tennessee Bureau of Investigation said.

The Tennessee Bureau of Investigation (TBI) announced Friday night they believe they have found the remains belonging to a missing 15-month-old Evelyn Mae Boswell.

Boswell initially told state investigators that her daughter was with the child's father, who is stationed with the Army in Louisiana, but he did not have Evelyn, media reported. Boswell later said her mother took her daughter to a campground in Virginia, but authorities found no sign of the girl there.

A Sullivan County grand jury charged Boswell with two counts of felony murder; one count each of aggravated child abuse, aggravated child neglect, tampering with evidence, abuse of a corpse and failure to report a death under suspicious, unusual or unnatural circumstances; and 12 counts of false reports.