Exclusive look inside the FBI rescue of a Wake County prosecutor's father, kidnapped by gang members in 2014

WTVD
By Ed Crump
RALEIGH, NC (WTVD) -- It was one of the most daring crimes in North Carolina history.

Now, the men who headed up the investigation have given ABC11 their personal account of the crime and their lives behind-the-scenes.

They spent several days orchestrating the rescue of the father of a Wake County prosecutor who was kidnapped for revenge.

It made national news four years ago when Frank Janssen was abducted from his Wake Forest home by members of Atlanta's United Blood Nation 1-8-Trey gang.

April 5, 2014, was a beautiful spring day and Janssen, then 63, had just returned from a Saturday morning bike ride.

That's when he heard a knock on the door and opened it to see who was there.

"He was bum-rushed by the assailants," said Kinney. "He had tried to escape from them as they zip-tied him and carried him out his front door. And when he tried to struggle away from them and escape they pistol-whipped him with a pistol to the head."

But Janssen's attackers left behind a big clue inside the home.

"We discovered a receipt for McDonald's that was in South Carolina," said Kinney.

Agents went there watched surveillance video and identified the suspects as members of the gang. 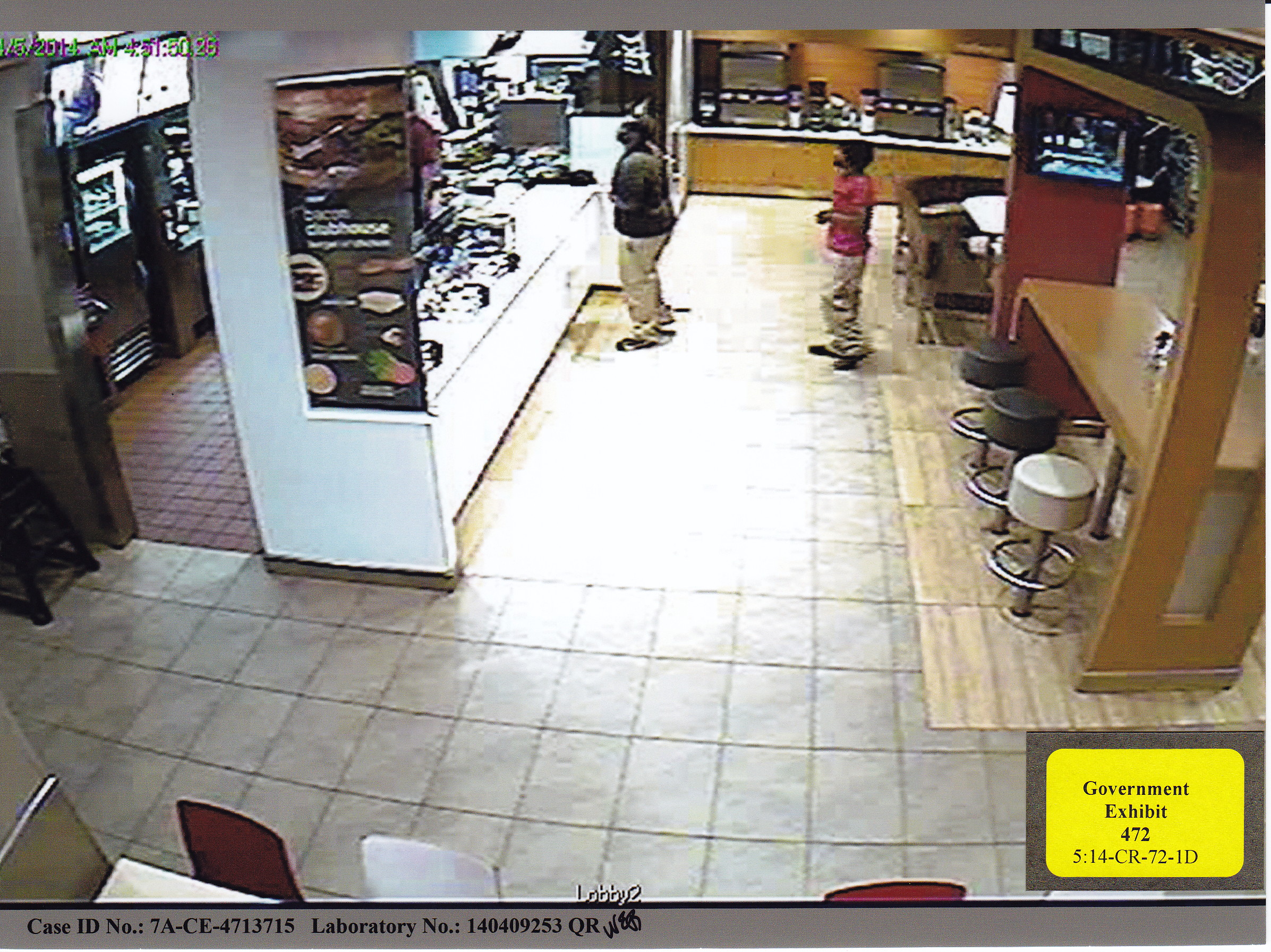 After committing a crime in North Carolina their long-time leader, Kelvin Melton, was convicted of being a habitual felon and was sentenced to life in prison.

Janssen's daughter, Colleen, was the prosecutor.

Her father's ordeal began with a seven-hour, 400-mile ride to a run-down apartment in Southeast Atlanta.

Already beaten, the FBI says his abductors also used a stun gun on him. But, eventually, the kidnappers guarding him in the back seat fell asleep. Janssen saw an opening.

"He was able to chew through his zip ties and made a conscious decision to try to get himself out this situation," Kinney told ABC11. "He was able to get himself up out of the back seat of the car while the two assailants were asleep. And he made an attempt to try to wreck the vehicle by grabbing the steering wheel from the driver."

But the frantic attempt to escape didn't work and his kidnappers awoke.

Kinney recounted what happened next: "At that point, they stunned him again and then they pistol-whipped him again." 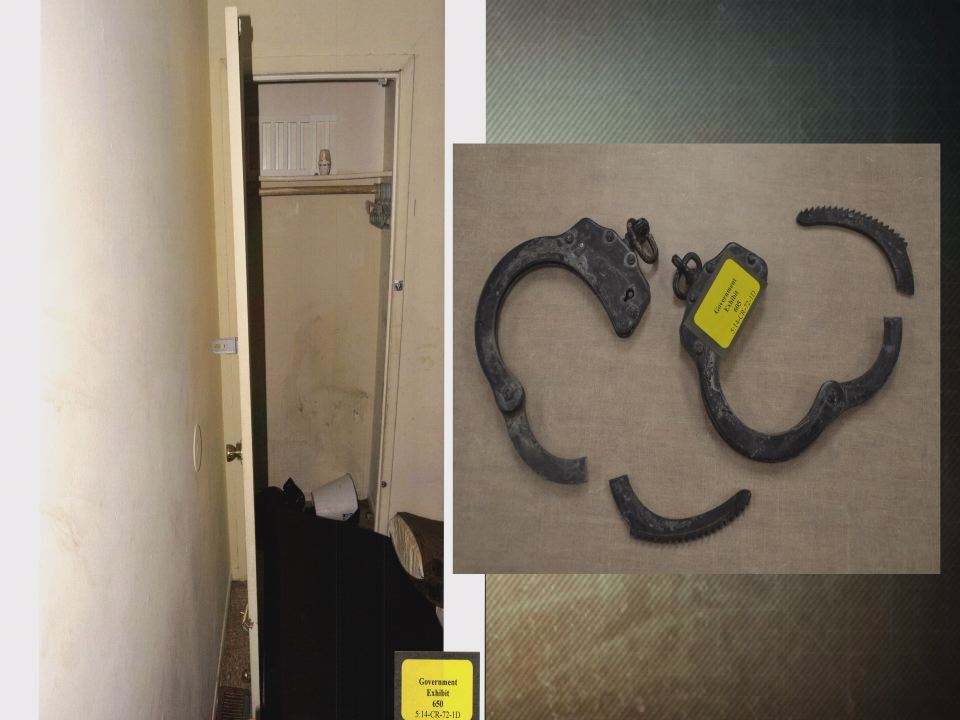 And they used to handcuffs to secure Janssen's hands behind his back.

When they arrived in Atlanta, Janssen was taped to an unpadded wood and metal chair and shoved in a small bedroom closet with a hood over his head.

The chair was shown to ABC 11 at the FBI office in Charlotte where evidence in the case has been stored since the federal trials of the 11 gang members, including Melton, who were convicted for their roles in the crime.

Since media cameras are not allowed in federal court, this marked the first time the evidence was photographed by journalists.

As gang members texted threats to Janssen's wife, he stayed in the closet, his hands and wrists starting to swell because the handcuffs were too tight.

All the while the kidnappers were texting threats to Janssen's wife.

One was particularly painful:

"It made another couple demands and it also had a picture of Mr. Janssen in it," said FBI agent Steven Jessup.

"In the picture, you couldn't tell if he was alive or he wasn't. But you could tell that he was in bad shape."

Apparently, the gang members realized he was in bad shape too and decided to remove the handcuffs.

"But they had lost the key to the handcuffs and it took them a couple days to try to figure out how to get them off," Jessup said. "Ultimately they went to Home Depot and got bolt cutters."

Agents later gathered surveillance video from the Home Depot and identified another suspect in the crime.

But just because the suspects cut the cuffs off and gave Janssen some much-needed water and food didn't mean they valued his life.

FBI agents had been monitoring the phones used to send the text messages and they saw messages and calls to another number in North Carolina.

The calls and texts were coming from Polk Correctional Institution in the Granville County town of Butner, 30 miles from Raleigh. That's where Melton was serving his life sentence.

On Wednesday, April 9, they got a court order for an emergency wiretap of Melton's phone.

The timing was unbelievable.

"We got up on it just in time because we had only been up on it for probably 20 or 30 minutes when we got a very long call, about 12 minutes in length," said Jessup. "A very, very just gritty and dark and morbid call where Kelvin Melton is giving very detailed and explicit instructions to the kidnappers in Atlanta on how he wants Mr. Janssen to be killed and then how to go to bury him and then come back and clean up the crime scene."

The call was given to ABC11 only after it had been played publicly in trials attended by few if any members of the general public.

Here are some passages from the 12-minute call:
Melton: Y'all done went over there and checked it? Did y'all go check the spot out?
Female Voice: Yeah.
Melton: Okay. And how'd it look?
Female Voice: It's all right, it's good.
Melton: What y'all gotta do is y'all gotta check the ground, man, make sure that s***'s soft and all that, yo. ...Check the ground, make sure the ground is good and soft like, you don't want to be going through no struggle, you know? ...It ain't easy, it being greasy, I been there, did that, done it, trust me. Hard work.

Then came what the FBI calls the "kill order."

Melton: Just get a little f****** bag and, and put that over the mother f****** head and lock it and just. If you can't watch it, just walk away and bum back a little while later, yo. ...Y'all gotta really clean that s*** up in there when y'all done, you know? ...That whole, that whole area in there gots to be thoroughly bleached out.

At the prison, a team of guards rushed Melton's cell but he blocked the door.

A video taken by a prison staffer shows Melton casually packing his belongings as the smashed cell phone is visible on the floor next to him before he allowed the guards in.

After hearing the alarming call, agents Jessup and Kinney had to act fast.

"That's when we knew we really, we were beating the clock. And we were hoping that we weren't going to be recovering a body," Kinney said.

The FBI had a lead that some gang members were living at a house in Austell, an Atlanta suburb.

They immediately raided the house but only found children and a couple of adults. One of the women told them she knew why they were there and then took them to the apartment complex in Southeast Atlanta.

She pointed to two doors side-by-side and said one of them was the gang hang out.

An FBI hostage rescue team quickly moved into place, set off a flash-bang device and busted into one of the apartments.

But it was the wrong apartment.

"He had thought that perhaps there was a gas explosion. He didn't quite know. Then he had actually thought perhaps they were having a gang war and he was going to be caught in the middle of this," said Kinney.

The team quickly entered the apartment next door and found Janssen surprisingly alone.

Back in North Carolina

Back in Wake County, agents and local law enforcement officials were packed into a conference room at the FBI offices in Cary listening to the two-way radio traffic from the hostage rescue team.

"It was like watching it play out in real life in front of you," Kinney said. "It was almost surreal listening. And then of course when you hear 'jackpot' we knew that they had him."

"After we got that call I remember that whole room just celebrated and started cheering. It was a week's worth of non-stop work, hundreds and hundreds of agents and analysts, there were engineers at the lab, hundreds of state and local law enforcement officers that were assisting on this in North Carolina and Georgia, many of them were in the room at the time. And, I mean, it was, I've never won the Super Bowl but I imagine it feels a lot like that. It was a big win. It was an attack against the system. And we were able to bring Mr. Janssen home safely."

Then Jessup recalled just how exhausted everyone was without even realizing it.

He and Kinney had been working around the clock for days, each assigned a 12-hour shift but usually staying on longer.

"When the night shift ended and Denny came on I couldn't go home. And then when he was supposed to get off at 7, he was probably still there until midnight, 1 in the morning because you didn't want to leave it. You wanted to be there when you got that call that he had been found or you got the lead that led you to him."

Each agent says the case is likely the pinnacle of their careers because, with the help of hundreds of other agents and local and state law enforcement, they not only saved the life of citizen but eliminated a threat to the heart of the justice system.

Kelvin Melton and ten of his gang members were convicted and sentenced to prison terms ranging from 20 years to life.

Melton is serving his life sentence at a Federal Supermax prison in Colorado.

Frank Janssen declined to comment for this story but has publicly thanked his rescuers.

Agents Jessup and Kinney say Janssen contacts them annually on the anniversary of his rescue to thank them. But they say, he's as responsible for surviving as his rescuers are.

"He had a will to survive," Kinney said. "He wanted to see his wife and children again. And I think that will and also what he had shared with me -- his prior military training, survival training -- kicked in. And I think that's the reason why he is still with us today."
Report a correction or typo
Related topics:
raleighwake countyexclusivegang violencekidnapkidnappingwake county newsgang
Copyright © 2020 WTVD-TV. All Rights Reserved.
More Videos
From CNN Newsource affiliates
TOP STORIES