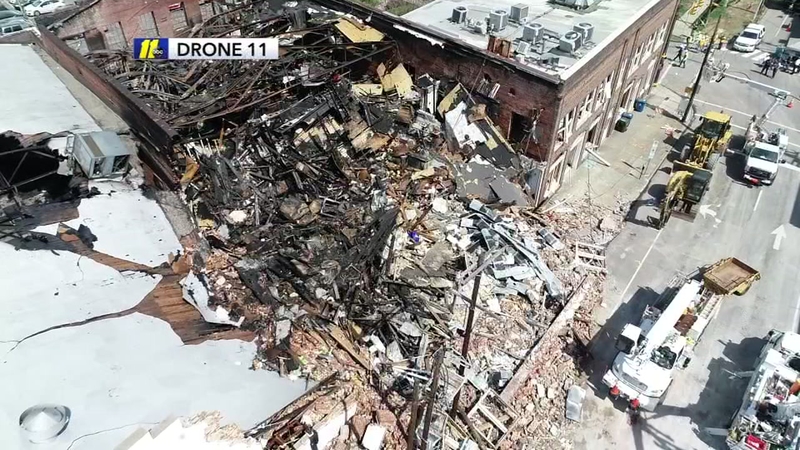 DURHAM, N.C. (WTVD) -- Footage from Drone 11 on Thursday helped reveal the extent and magnitude of the damage caused by the deadly gas explosion Wednesday morning in downtown Durham.

At least 15 buildings were damaged in the gas explosion which killed one person and injured 25 others on the same day the Bull City marked its 150th birthday.

The owner of Kaffeinate, 61-year-old Kong Lee, died in the blast.

Authorities said the explosion was caused by a contractor who hit a gas line.