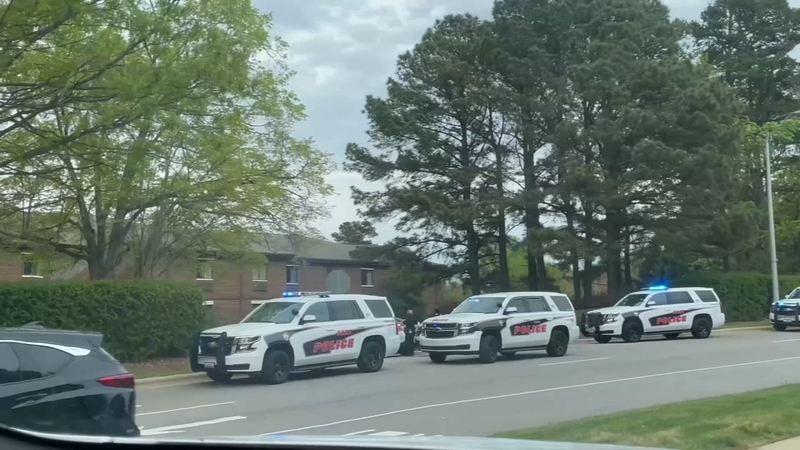 CARY, N.C. (WTVD) -- A hotel near a popular Cary shopping center was evacuated after a report of gunfire on Saturday afternoon.

A little after 4 p.m., officers were called to the Extended Stay America at the 600 block of Weston Parkway in Harrison Square.

Guests were evacuated out of the building while officers checked rooms for any victims.

On Sunday, Cary officials confirmed shots were fired inside the hotel and there is no known victim at the time.

Officials said the shooting appears to be drug related.

Ledaries Shaw, of Durham, was arrested and charged with possession of a firearm by a convicted felon. Shaw was also served with three outstanding Durham warrants.