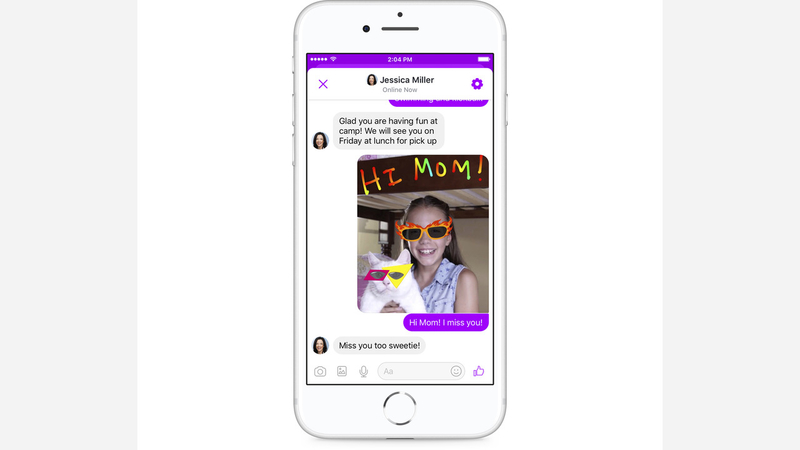 This is a first. Facebook is launching a new messaging app for kids - but it gives parents all the control.

Aimed at children under 13, who can't yet have their own accounts under Facebook rules, messenger kids comes with tons of options for parents. The service, for example, won't allow kids to add their own friends or delete messages.

Messenger Kids only allows children to have their own messenger account, which is actually an extension of a parent's account. It will not allow kids to get a separate Facebook account of their own, giving mom and dad control over who their child is friending and how they interact.

The service is built for a younger audience, featuring images, emojis, face filters, and playful masks.

The features, said Kristelle Lavallee, a children's psychology expert who advised Facebook on designing the service, allows kids to express themselves in age-appropriate ways as they stay in touch with parents and friends digitally.

Lavallee, who is a content strategist at the Center on Media and Child Health at Boston Children's Hospital and Harvard University, called Messenger Kids a "useful tool" that "makes parents the gatekeepers." But she said that while Facebook made the app "with the best of intentions," it's not yet known how people will actually use it.

Facebook said Messenger Kids won't show ads or collect data for marketing, according to the Associated Press, and it will not automatically move users to the regular Messenger or Facebook when they get old enough.

Messenger Kids is launched Monday in the U.S. on Apple devices - the iPhone, iPad and iPod Touch. Versions for Android and Amazon's tablets are coming later.