ABC11 was the first to talk with that mother about her terrifying experience.

Edward Eugene Elliott is charged with common law robbery, attempted abduction of a child, possession of a stolen motor vehicle and felony possession of stolen property after police say he forced Kivonna Patrick out of her car with her infant still strapped in. Thankfully, Patrick was able to snatch the baby out before she said Elliott took off.

The fact that the baby was in the car in the first place was one of the reasons a judge ordered a $250,000 cash bond on Elliott's charges. 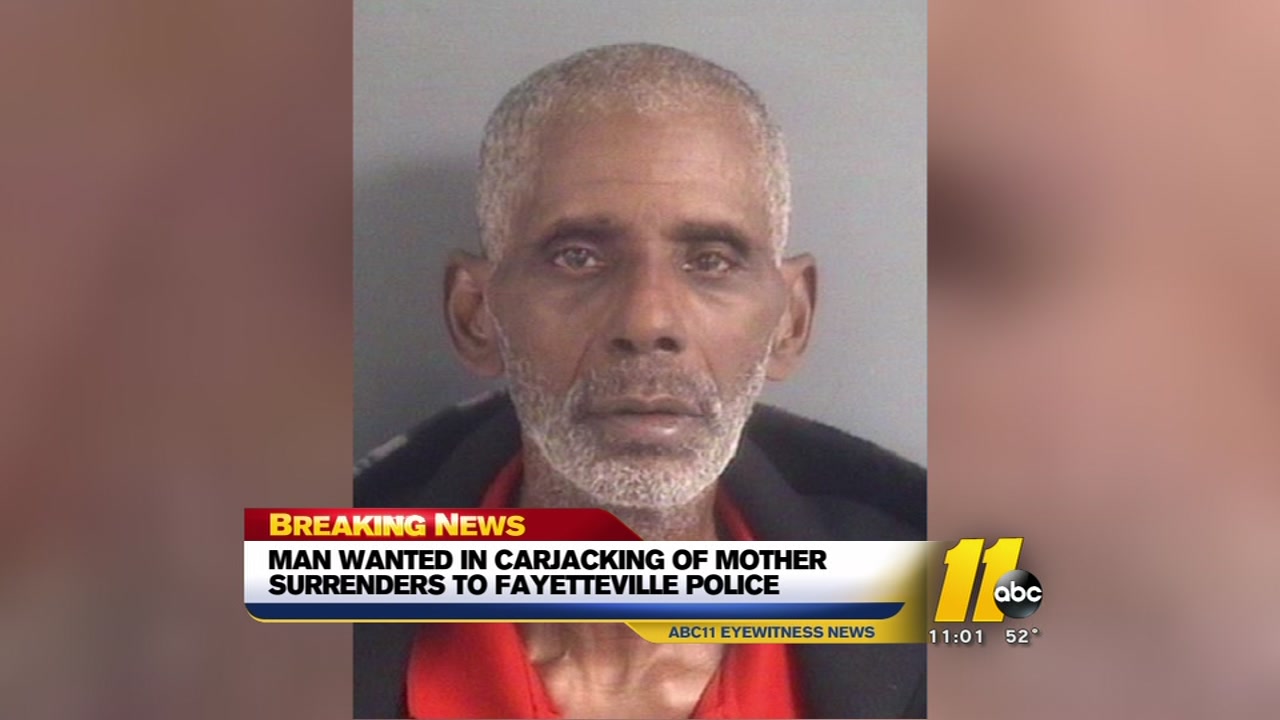 Carjacking suspect in custody
Edward Eugene Elliott, 58, is being held at the Cumberland County Detention Center under a $45,000 secured bond.

Turns out, Elliott is no stranger to the justice system. ABC11 found that he was actually due in court next month on felony larceny charges.

Elliott's family spoke with ABC11 after court adjourned. They said they hadn't heard from their brother in days, rather they saw the coverage on ABC11, and went to find him on the streets before taking him to turn himself in.

"I was very shocked when I saw it because the first thing that came to my mind was 'that's not in his character for him to do anything like that'. Oh, yeah, he will take things, but he would never harm anybody, take cars. He would never hurt children. All out of character. He's very sick," said Frederick Elliott.

By sick, his family meant a 20-year battle with substance abuse.
"That's an addict. Anytime you can use any kind of chemicals and put it in your body. You're sick, you need more than jail," said Edward Elliott's sister, Vera.

But for now, jail is where a judge ordered that Edward Elliott remain. His family says they're concerned about what happens after.

"Every time he goes in and comes out we are faced with the same dilemma when he comes out. There's no help for him. He's just thrown back into the streets," said Frederick Elliott.

Patrick said the idea of Elliott breaking the law again is her biggest fear.

The Elliott family went on to apologize on behalf of their brother and said they'll be praying for the Patrick family.