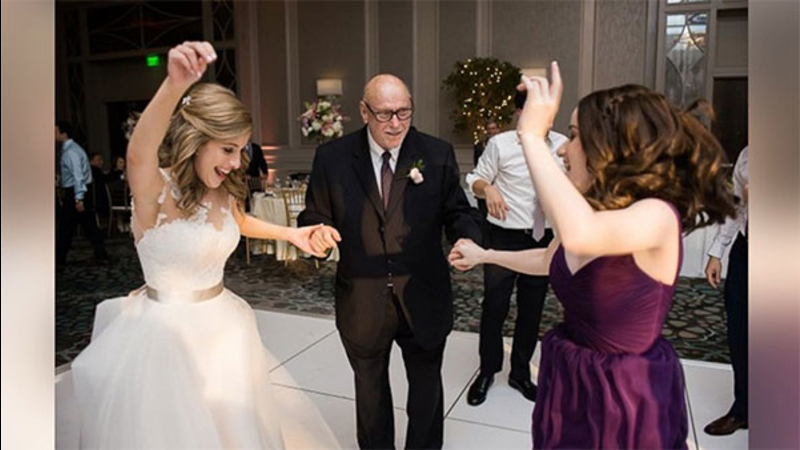 Flower girls are always super cute. But one "flower grandpa" stole the show at his granddaughter's wedding.

That bride, Jennifer, asked her 85-year-old grandfather, Stanley, to toss the petals.

She says they have a special relationship. So, she was looking for a special role for him to play.

She and her now-husband Austin wed October 1 in Buckhead, Georgia.

"We have a very close relationship," Jennifer, 29, told ABC News. "We walk around the park every Sunday together and we were just talking one day and I said, 'Hey! It'd be so funny if you could be my flower girl.'

"It started off as a joke and it just kind of stuck," she added.

Grandma apparently wasn't too keen on the idea.

"She was concerned that people would be laughing at him and not with him, but once I convinced both of them that...we would make it more masculine and more appropriate for an 85-year-old man he was excited and ready to do it," Jennifer said.

Now, he did get some giggles. But they were more happy little laughs that really stole the show.

"They loved it. Everyone was laughing," Jennifer recalled. "For the rest of the night people kept coming up to us and saying...'Your grandfather stole the show!'"