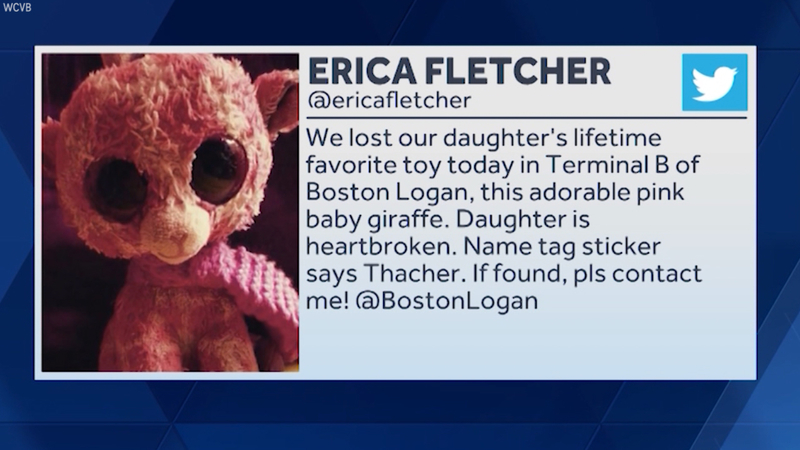 Erica Fletcher said the giraffe was lost in Terminal B of Boston's Logan Airport on the morning of Saturday, July 7.

The call for help has received over 20,000 retweets. Several people responded on Twitter saying they were looking in the terminal, but Hornzy Twigs has not been found.

Fletcher said on Twitter that she is grateful for the outpouring of support and offers to send postcards and new stuffed animals. She asked people to "take that amazing energy and put it into something for kids in your community."

THANK YOU to everyone who offered to send postcards, new Beanie Boos, etc. Please take that amazing energy and put it into something for kids in your community. My daughter has so much.