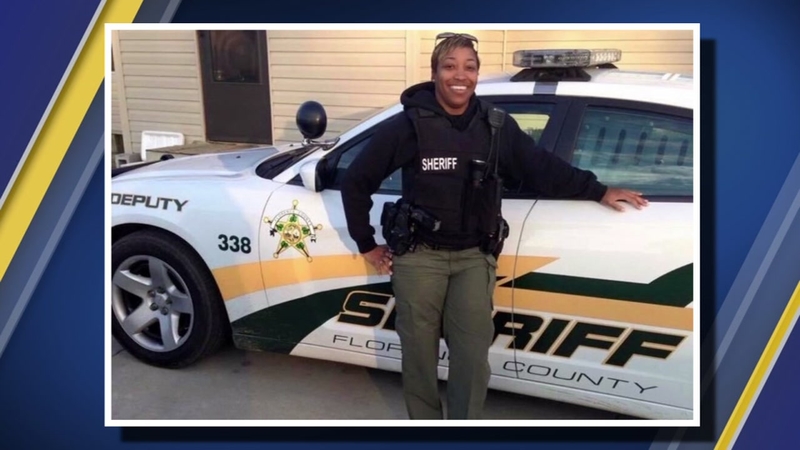 Florence County Sheriff Kenney Boone said many of the deputies gathered at the hospital to be with Farrah's mother and family. He said her mother never left her side, according to WPDE.

Her mother Katie Godwin, said Turner had to have both her feet amputated as part of the effort to save her life.

Boone said in a statement that Turner "was the ultimate professional, excelling at everything she did. She dedicated her life to serving the victims of the worst crimes imaginable."

Carraway, 52, of Darlington, had recently celebrated 30 years as a police officer.

Hopkins held off police for two hours - holding children hostage in his home - before eventually being taken into custody. He was facing a murder charge and six attempted murder charges before Turner's death.

One of the attempted murder charges was upgraded to murder following Turner's death.

Authorities said more than 129 guns were found inside Hopkins' home, Richland County Sheriff Leon Lott said it appeared only three of the guns were fired at the officers -- a pistol and two military-style rifles.

The shootings happened in Vintage Place, an upscale neighborhood in the western part of the city.

Florence, a city in South Carolina's northeastern corner, home to roughly 37,000, sits at the convergence of Interstates 95 and 20. It's the largest city in the region known as the Pee Dee, an area recently affected by heavy flooding in the wake of Hurricane Florence.