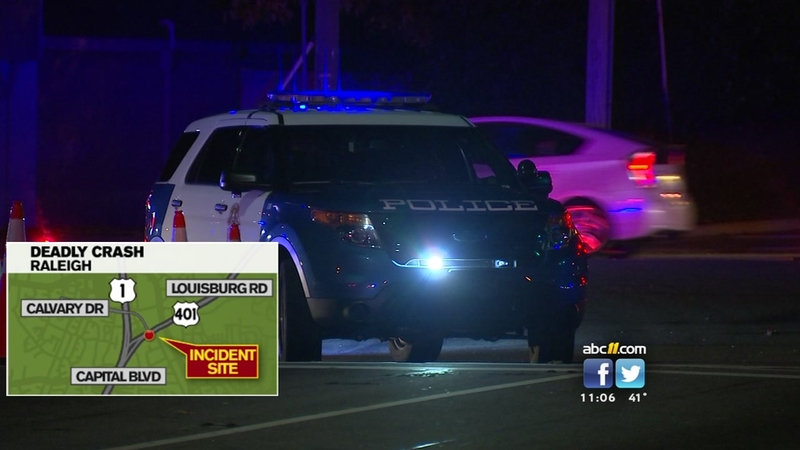 RALEIGH, North Carolina (WTVD) -- Raleigh police are investigating after they said a woman was killed in a crash at the intersection of Louisburg Road and Calvary Drive on Sunday.

Officers responded to a call around 4:42 p.m.

According to police, one driver was turning left from Calvary Drive onto northbound Louisburg Road and was struck in the intersection by another driver traveling southbound on Louisburg.

Both drivers sustained injuries and were transported to Wake Med, according to police.

One of the drivers, 63-year-old Kimberly Devere Orawiec later died at the hospital.