Fayetteville couple charged in death of baby arrested in Colorado 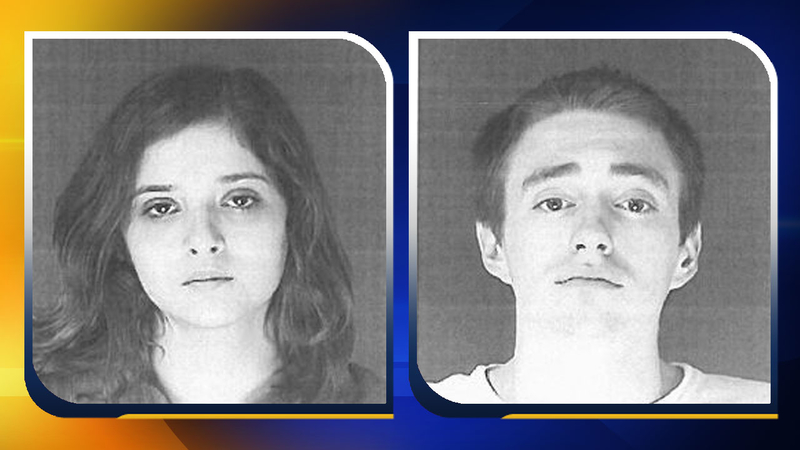 Fayetteville couple charged in death of baby arrested in Colorado

Authorities had been searching for Vanessa Sanchez, 20, and her fiance 21-year-old Andrew Tyler Tomczak of 528 Lambert Street. Both face first-degree murder and child abuse inflicting serious injury charges in the death of 18-month-old Violet Cortez.

A neighbor in Colorado saw their pictures online and called police.

An autopsy from the North Carolina Office of the Chief Medical Examiner released Tuesday shows the baby died of "non-accidental head injuries" on Jan. 29.

At the time, Fayetteville authorities said her parents called 911 after she was found unresponsive in the couple's Haymount apartment.

The autopsy report obtained by ABC11 this week showed the 18-month-old child was brutally assaulted, and died of a head injury due to multiple blunt force impacts. She suffered from severe bleeding, and the report also indicates there were signs of physical and sexual abuse.

The baby's paternal family lives in Texas, where her biological father is a college student. In a phone interview with the child's paternal aunt, the family said they became worried about Baby Violet when they could not visit her from late October to December.

Alcelyn Cortez said Sanchez's parents continually told the paternal family that Sanchez was out of town. By December, the paternal family called authorities to check on the child's well-being, and they had no idea Sanchez had moved the baby to Fayetteville, joining Tomczak.

Alcelyn Cortez said Sanchez would tell family members she did not want the baby.

Cortez said the family has been anticipating charges.

"We have been waiting very impatiently to get this (autopsy) report and now we are waiting charges to be pressed so Vanessa and Andrew can pay for what they've done to our family," Cortez said Tuesday, prior to the charges being filed.

Cortez described Baby Violet as a sweet, smart child ahead of her time.

"She was the glue that held this family together," said Cortez. "This has torn us apart."

Sanchez and Tomczak face extradition back to North Carolina. There's no word on how quickly that will happen.