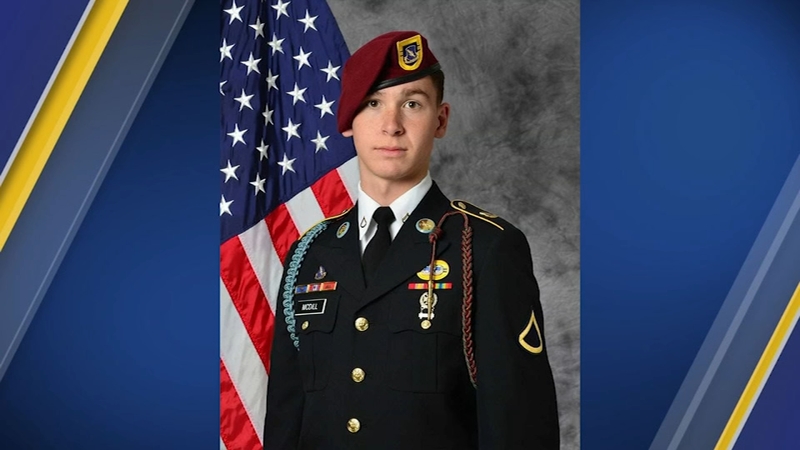 FAYETTEVILLE, N.C. (WTVD) -- A Fayetteville restaurant is accused of over serving the driver accused in a drunk driving crash that killed a Fort Bragg paratrooper.

Fayetteville police say Specialist Patrick McDill of the 82nd Airborne Division was riding his motorcycle along Yadkin Road on March 10 when Jasmyne Russell-Dicker's vehicle struck and killed him.

Dicker was charged with DWI and felony hit-and-run.

ABC agents began their own investigation after police found that Dicker was leaving the popular Fayetteville bar Big Apple.

"Went out for a night, served too much alcohol and didn't make it barely out of the parking lot before it resulted in a fatality," said Chief Doug Austin of ABC law enforcement.

Agents said Dicker also brought an underage family member with her that night.

ABC11 attempted to contact the owner first by phone, and then again at the restaurant, but managers said he was not in.

"We actually found that not only was he liable in that kind of conduct but, in this case, the owner and permit holder applied a wristband to the minor signifying that she was of age to be in there," said Austin.

Once inside, agents said the two partied the night away. According to arrest warrants, bartender Cheyenne Baker gave the minor a drink called "Liquid Marijuana" while Russell-Dicker was served well beyond her limits.

"We noticed that when we did the investigation we had witness statements saying that she had become 'lit,' 'tore up.' And part of our investigation we can see where she actually looks like she poured herself her own drinks inside the facility," Austin said.

North Carolina Law prohibits an employee from knowingly serving alcohol to any person who is intoxicated. Agents say servers often don't pay attention to the signs.