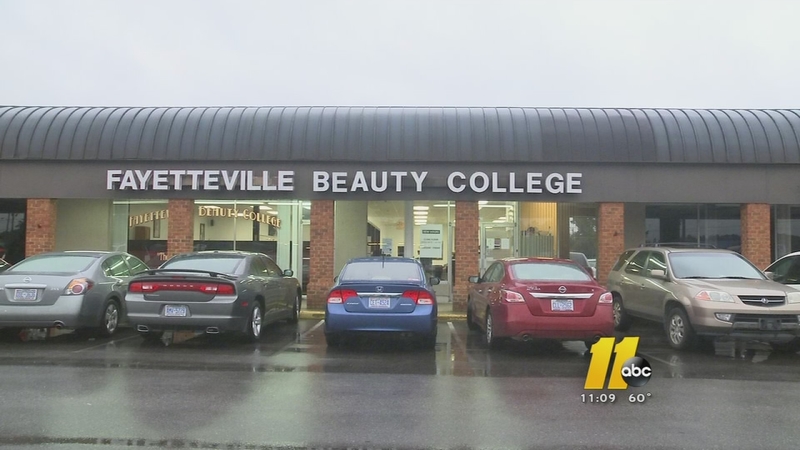 FAYETTEVILLE (WTVD) -- The investigation into how and why Fayetteville Beauty College is closing may become a criminal investigation.

Thursday, one of the students filed a complaint with Fayetteville police saying the school kept federal student aid money that was supposed to help with her living expenses while they went to school.

"There will be justice for myself and classmates," said Nydia Maldonado.

Maldonado worries about her student debt for a cosmetology course she now can't afford to finish.

"In about four and a half months I would have graduated," she said.

Earlier this week, she and other cosmetology students at the college learned the private school is closing soon. Maldonado and others say the school owes them thousands of dollars in reimbursements for expenses.

The school's owner said he hasn't received any money for students and is trying to get them transferred into a similar program at Fayetteville Technical Community College.

Dan Kocejah says Fayetteville Beauty College is still licensed by the state. A member of the state licensing board confirmed that.

But a notice on the website of the scholastic agency that accredits occupational schools shows Fayetteville Beauty College's accreditation was dropped this past June. No reason was listed.

A spokesman for the agency that administers student loans said they had no knowledge the school was closing. Students like Maldanado say their financial future is pretty bleak right now.

"Because we are trying to find a way to go ahead and pay, even though we have lost everything we have," she said.

There is a bit of hopeful news. Federal student loan officials say once the school closes down, there is a chance many of the student loans could be transferred to other schools or discharged and taken off student's credit records.