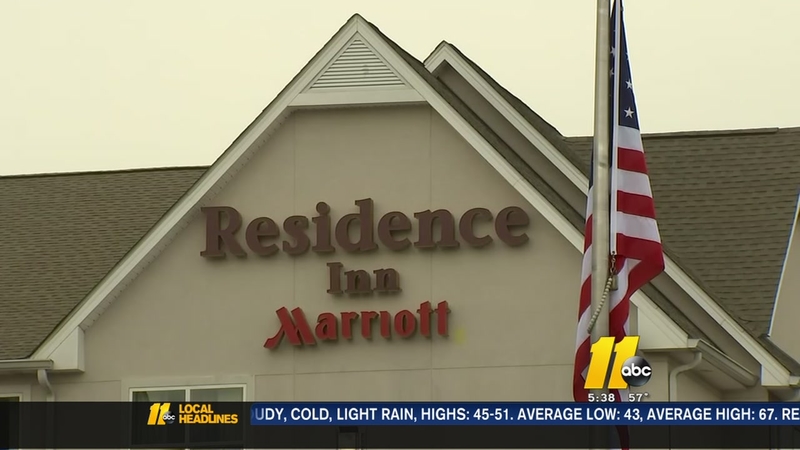 Two guests went to the emergency room at Cape Fear Valley Hospital complaining of not feeling well. They were later transferred to Duke for treatment of elevated carbon monoxide levels.

One other guest said they had symptoms and was treated and released from Cape Fear Valley.

Investigators said the cause of the problem was a malfunctioning water heater in a mechanical room on the first floor.

One of the guests, Army National Guardsman Maj. Michael Brown said his symptoms began on Thursday. He was taken to Cape Fear Valley Medical Center after collapsing. Doctors began running tests to rule out other illnesses and later released him. He went back to the poisoned hotel where he complained of a headache before collapsing once again on Tuesday. This time, his wife found him unconscious and transported him back to the hospital before they were both taken to Duke University Medical Center.

While there, his wife mentioned she too had a headache and that's when Maj. Brown's company medic Col. Chris Mandry recognized that the two may have been poisoned by carbon monoxide.

Duke University Medical Center treated both Brown and his wife for carbon monoxide poisoning. Maj. Brown then directed the hospital to call the Fayetteville Fire Department to check the Residence Inn for elevated gas levels.

The hotel is temporarily closed while repairs are made and the hotel looks into carbon monoxide detectors in areas close to fuel-fired appliances.

"I would like to thank the staff of the Cape Fear Valley Medical Center for realizing that this situation could have affected many more people in addition to the two being treated in the Emergency Department," said FFD Battalion Chief / Fire Marshal Michael Martin. "We are currently working with the hotel to determine the functionality of the existing carbon monoxide alarms that were installed, if additional alarms are needed, and working on solutions to prevent this situation from occurring in the future."