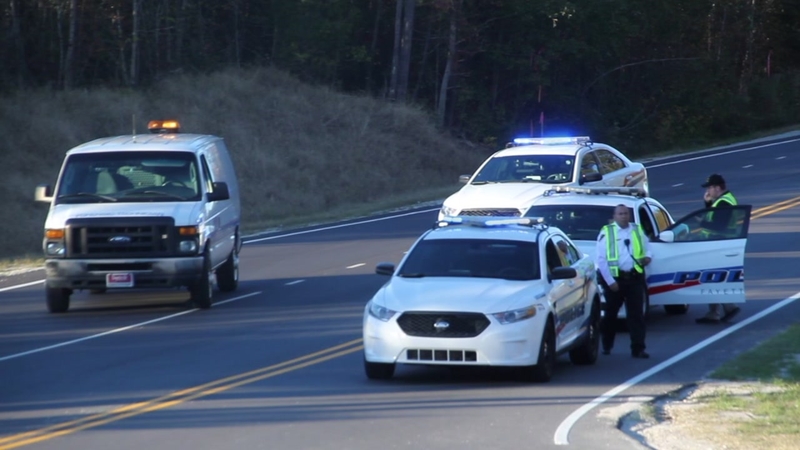 FAYETTEVILLE, N.C. (WTVD) -- A 77-year-old woman is dead after a three-vehicle crash in Fayetteville Saturday afternoon.

The crash happened just before 3 p.m. in the area of Hoke Loop Road.

Doris E. Bryson was pronounced dead at the scene.

Bryson was a passenger in the Nissan and died from her injuries.

Police said the driver of the Ford had the right-of-way.

The driver of the Nissan -- 73-year-old Joann M. McRae -- was charged with Misdemeanor Death by Motor Vehicle and a Safe Movement Violation.