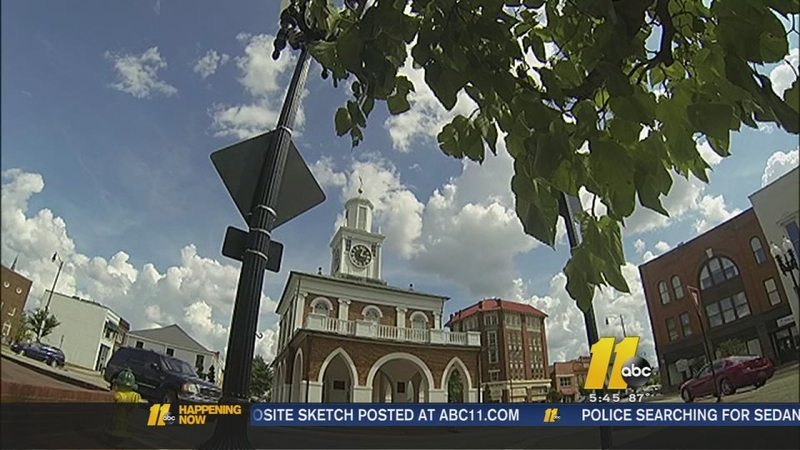 Professional baseball could be headed to Fayetteville

FAYETTEVILLE (WTVD) -- In a place where the Great Bambino, baseball great Babe Ruth, made history with his first professional home run, there are talks of pro-baseball making its mark once again.

Fayetteville city leaders are in the early stages of talking with a big investor - a major league team - that would bring minor league baseball back to Fayetteville. The deal would most likely place a stadium in the area where Murchison Road meets downtown.

Hurst was among a group of leaders who visited Durham last month to take a look at the Durham Bulls stadium, and how it's impacted development in the Triangle city.

"All the restaurants, cultural arts, business...It's just the beginning of what's happened in Durham," he said. "We see what can take place and transition our downtown area and the city of Fayetteville."

The Swampdogs currently play at J.P. Riddle Stadium off Legion Road. It's a collegiate summer team that's been popular since its 2001 inception. Hurst said if a minor league stadium is built, he believes the Swampdogs would be incorporated somehow.

"The fact that there's been support at Riddle's Stadium on Legion Road proves that we could accommodate a [minor league] team like that," said Fayetteville resident Gasper Rich.

"A baseball stadium in downtown Fayetteville? That would be amazing," added his wife, Katrina Rich.

Hurst said there's still a lot of research that needs to be done regarding a minor league team and stadium.

"This is a council that's focused and united in making a beautiful in our city," Hurst said.

Downtown Fayetteville continues to evolve as a business and residential district. Last month, an elementary charter school opened in the old Capitol Building on Hay Street.

Lindsey Wofford waited for the Capitol Encore Academy to let out Thursday afternoon. Her third grade son is thriving in the arts-focused school.

"It totally turned the way he thought about school around," she said smiling, adding that a baseball stadium would be another plus for students.

Hurst said a baseball stadium would complement development like the Academy, including phase two of Veterans Park and the new Rowan Street Bridge, which will soon be constructed by the North Carolina Department of Transportation.

With the new development comes buyout offers. Maggie McDonald's beauty businesses have been staples along Murchison Road for more than 50 years.

"If you couldn't find me here, you could find me there or somewhere in between or back down to where I am," the 74-year-old business woman laughed.

However last week, McDonald said city representatives visited her salon, Styles of Distinction, and asked her how she felt about relocating. The salon sits at the corner of Raleigh and Rowan Street, and is across from the bridge and probable stadium site.

McDonald said she is on board with change, but it won't be easy when that Murchison Road area is the only place she's ever done business.

"At this moment, it sounds for the best or better," she said. "But I guess when you get as old as I am, you think it's not."