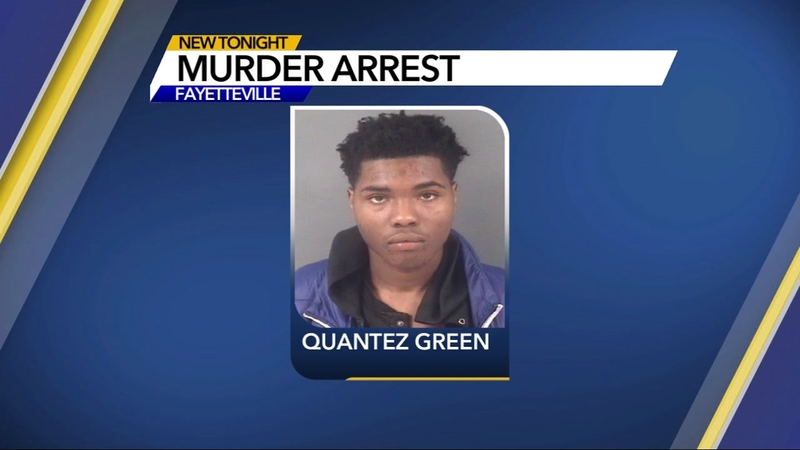 FAYETTEVILLE, N.C. (WTVD) -- A fifth arrest has been made in the shooting death of a Fayetteville man.

Quantez Green, 20, has been arrested in connection with the death of Alton Williams, who police said was found lying in the bushes outside a home on Eldorado Road on Aug. 18.

Investigators said Williams was shot and killed during a robbery.

Police arrested Green, of the 3400 block of Ireland Drive, while he was out walking in the area of Rosehill Road.

Police said that because Green had a stolen handgun at the time he was taken into custody, he was also charged with possession of a firearm by a convicted felon.

Green is being held on no bond at the Cumberland County Detention Center.

Four others are already in custody.