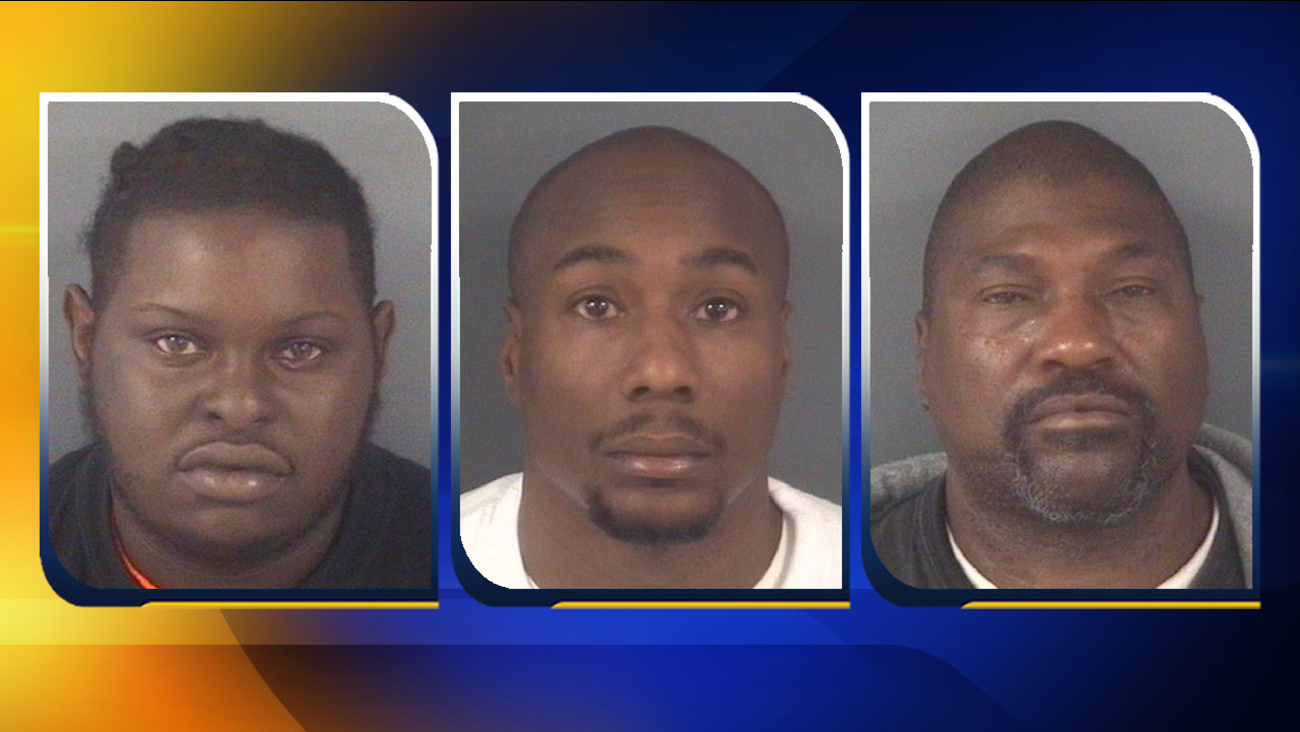 FAYETTEVILLE, North Carolina (WTVD) -- Authorities have arrested a third man in connection with the murder of a woman in Fayetteville last November.

Nika, of Boston, Massachusetts, was shot at least once outside of the business and was rushed to Cape Fear Valley Medical Center, where she died.

Robert Jamar Avant, 25, has been arrested and charged with first-degree murder and conspiracy to commit murder in connection with the crime.

Avant, of the 7400 block of Southgate Road in Fayetteville, surrendered to authorities in Columbus County on Monday. He has been transferred to the Cumberland County Detention Center where he remains without bond.

Two other men, one of which was the victim's fiancé, was previously arrested and charged in connection with Nika's death.

Monroe and Martin are currently held at the Cumberland County Detention Center under no bond.

This remains an ongoing investigation and FPD Homicide Detectives continue to ask the public to contact them with any information they have concerning the murder of Nika.

Anyone with information is asked to contact Detective M. Wooten with the Fayetteville Police Department at (910) 391-8630, or Crimestoppers at (910) 483-TIPS (8477). Crimestoppers information can also be submitted electronically, by visiting http://fay-nccrimestoppers.org and completing the anonymous online tip sheet, or by text-a-tip on your mobile device by sending a message to 274637 (in the text box type "4Tip" followed by your message.)