Dog lost by Fayetteville groomer found injured in a ditch 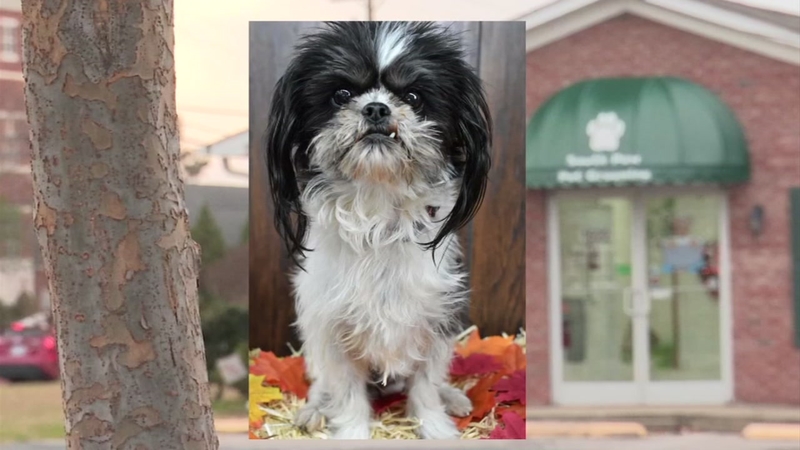 FAYETTEVILLE, N.C. (WTVD) -- A Fayetteville woman is relieved to have her dog home after she said a groomer lost the Maltese Shih Tzu mix.

Addrienne Vanover told ABC11 that she took her dog, Ellie, to South Paw Pet Grooming for a routine wash and trim on Wednesday morning.

Several hours after she dropped the pet off to her appointment, Vanover said her husband received a call requesting he come in. Upon his arrival, he was told Ellie had been missing for two hours.

VIDEO: Addrienne Vanover never thought she’d see her dog, Ellie alive again. A few hours after dropping the dog off at the groomer, she was informed her dog was missing. At 10/11 where the animal was found and an update on her condition. #ABC11 pic.twitter.com/nToRsxE1Cc

"When he called me, I instantly shut down and rushed over to help look for her. We canvassed the neighborhood and all the buildings well into the night," Vanover said. "It was this afternoon when my husband and neighbor found her laying in a ditch next to train tracks covered with leaves."

In a social media post, Vanover said a veterinarian took X-rays and told her that her pet suffered fractures to her hip and leg and will need surgery.

ABC11 reached out to South Paw Pet Grooming, which said it was sorry for what happened.

The Vanovers are thankful to have their 10-year-old dog home.

"I honestly thought I'd never see her again," Vanover said.

They're glad to have their beloved pet back but now are stuck with a large, looming vet bill.