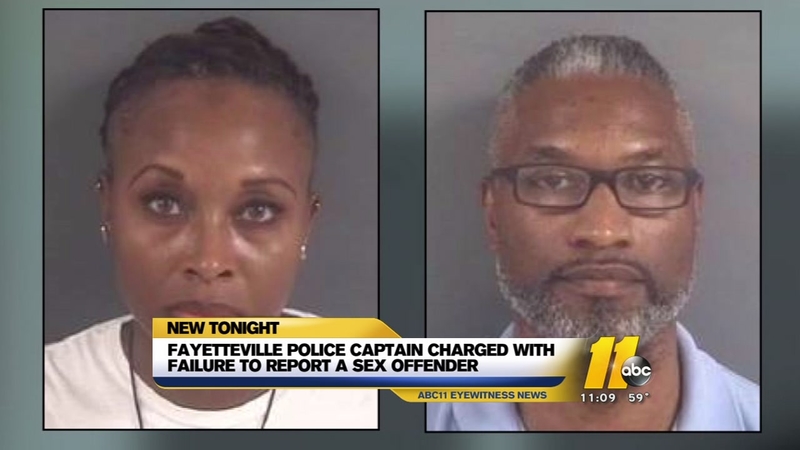 According to an arrest warrant, Bass-Caine's husband William Augurson, who is a registered sex offender, was with her at events with children present - which is a violation of his sex offender registry restrictions.

The events included the Cross Creek Got Talent event at the Westover Recreation Center which was intended for children from elementary to high school age.

He was also allegedly present at Village Baptist Church, which includes the Village Baptist Christian Academy for an awards ceremony, and he was within 300 feet of the Jack and Jill of American event at the Botanical Gardens which was intended for children.

On Thursday, the Cumberland County Sheriff's Office charged the 47-year-old Augurson with being in violation of the sex offender registry by unlawfully being on protective premises.

Bass-Caine was charged with three counts.

The Fayetteville Police Department said she has been placed on administrative leave.

Augurson was booked into the Cumberland County Jail and received a $30,000 secured bond.

Both have a first court appearance set for 2:30 p.m. Friday at the Cumberland County Detention Center.