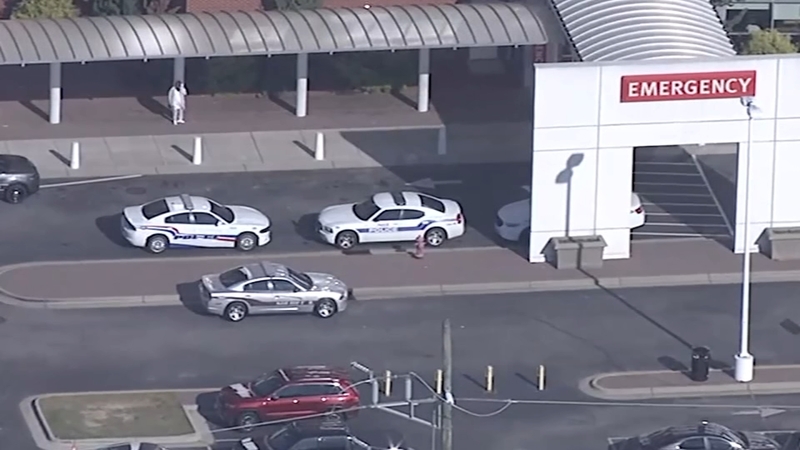 FAYETTEVILLE, N.C. (WTVD) -- Fayetteville Police on Friday identified the officer who shot and killed a man who fought with a deputy and tried to take his gun at Cape Fear Valley Medical Center.

FPD said Detective Tyler Newman, 30, had been placed on administrative leave, which is standard policy when an officer uses his service weapon.

On Wednesday morning, Newman shot 31-year-old Treva Smutherman, who had been picked up by police for warrants related to a home invasion and tried to take the deputy's weapon. In the scuffle the deputy was shot in the leg.

Newman was hired in 2015 and is assigned to the Major Crimes Division.

The Cumberland County Sheriff's Office said it was working with Cape Fear Valley to come up with solutions to prevent a similar incident from happening again.

Jesikah Parnell, who said she was Smutherman's friend, told ABC11 on Thursday that the incident was a shock.

"I don't even understand," Parnell said. "This isn't like him."

Smutherman had an extensive criminal history, and was released from prison in 2016 for common law robbery, breaking and entering, and larceny. Despite his legal troubles, Parnell said he was "a good person."

"Takes care of his kids, you know, a family man," Parnell added. "I'm in shock."

Parnell said the details of how the deadly episode happened bothered her.

"For him to have lost his life like that, you know what I'm saying? It's just a messed-up situation," Parnell said.

The State Bureau of Investigations is in charge of the case, which is standard protocol for officer-involved shootings.

The injured deputy has been released from the hospital and is recovering at home.