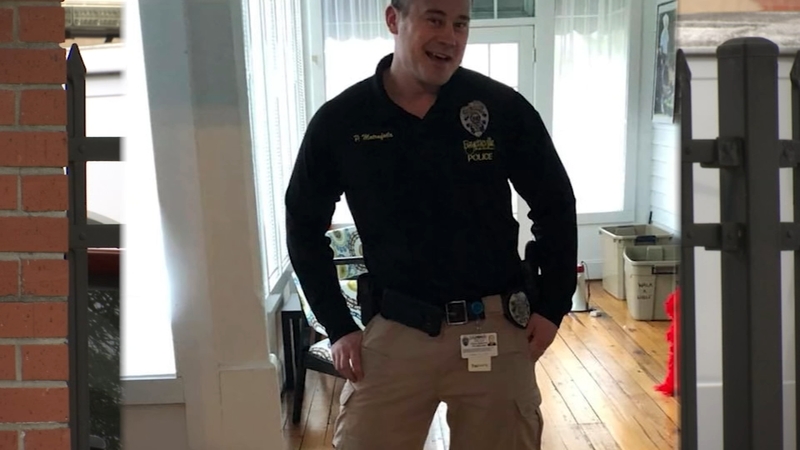 FAYETTEVILLE, N.C. (WTVD) -- A Fayetteville Police detective is no longer employed after facing accusations of sending inappropriate messages via social media to rape victims whose cases he worked.

In a dismissal letter obtained by ABC11, the letter was delivered to Officer Paul G. Matrafailo III on May 7, 2019.

Between January 28, 2019, and March 5, 2019, after attending alcohol-substance abuse sessions for four months, Matrafailo was assigned to the Field Operations Bureau / Cross Creek Property and Fraud Unit, per FPD.

On March 5, the department received a complaint that Matrafailo had contacted a sexual assault victim via Instagram. The letter states the officer began a conversation with the woman that she felt was inappropriate, even allegedly making another attempt on March 9.

According to the letter, Matrafailo was the detective for a woman's sexual assault case in September 2016. The woman reported that she never provided the detective with her social media.

Erin Scanlon said police officer Paul G. Matrafailo followed her on Instagram about six months after her rape trial and began messaging her.

The Rape Crisis Volunteers of Cumberland County said three women, including the one mentioned in the letter, were subject to Matrafailo inappropriate behavior.

One of those women, Erin Scanlon, said she made sure to keep her responses short, but Matrafailo continued to message her.

"I responded to the message but didn't really give him the leeway to keep asking," she said.

The moment the former detective commented on an Amazon wish list that she had on her Instagram profile, which included lingerie, Scanlon said she knew a line was being crossed.

"But then learning that he thought of me of more than a witness in a crime that he was investigating was very disturbing," Scanlon said.

She went to the police department and filed an official complaint. Scanlon later learned that other victims had come forward.

Deanne Gerdes, the Executive Director of the Rape Crisis of Cumberland County, said there was a sick feeling in her stomach when the women started coming forward.

"It wasn't odd, it was disgusting," Gerdes said. "And I was disgusted to hear it and hear it was continuing after he was fired."

FPD served Matrafailo a Notice of Administrative Investigation on March 15; he appealed and a hearing was conducted by Chief Gina Hawkins on May 2.

This is not a criminal case, but rather a misconduct case handled within the police department. No charges have been filed against Matrafailo

Rape Crisis of Cumberland County said it believes there could be more women affected and is asking them to step forward for guidance and counseling. Scanlon agreed.