Fayetteville, do you recognize this robbery suspect? 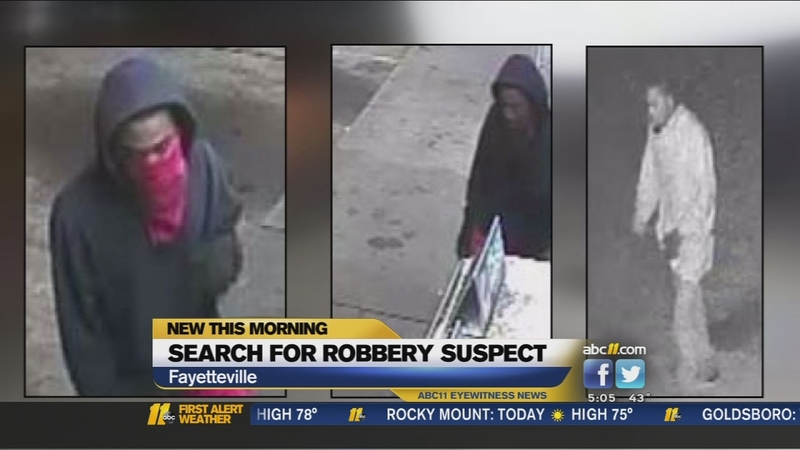 Do you recognize this robbery suspect?

FAYETTEVILLE (WTVD) -- Police in Fayetteville are asking for the public's help in identifying a robbery suspect.

Authorities say he left when he couldn't get into the business, but surveillance video captured the incident on camera.

Then about three hours later, the same suspect entered the Burger King on South Reilly Road armed with a pistol.

Police say he robbed the business at gunpoint and then fled the scene.

Information can also be submitted by calling Crimestoppers at (910) 483-TIPS (8477) or by visiting http://www.fay-nccrimestoppers.org/send_a_tip.aspx and completing the anonymous online tip sheet or by text-a-tip on your mobile device by sending a message to 274637 (in the text box type "4Tip" followed by your message).