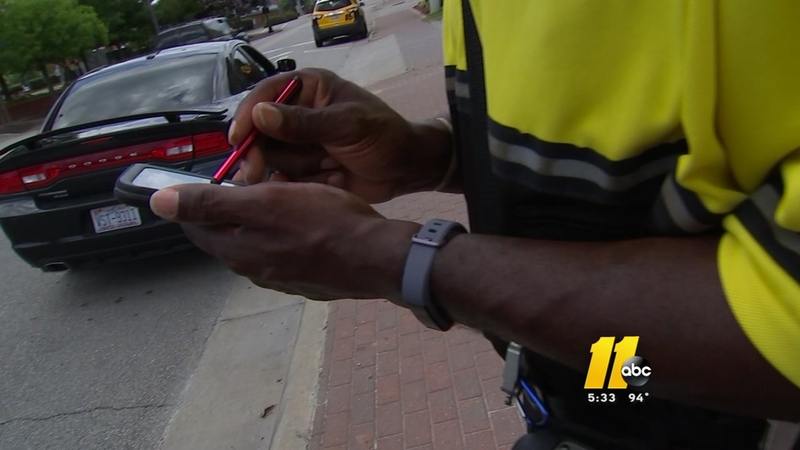 FAYETTEVILLE, NC (WTVD) -- On average, parking attendants in Fayetteville hand out roughly 40 to 50 tickets a day; most of them to people who have parked for longer than the posted time limit.

Many would argue that those who are ticketed have no choice because there's just not enough parking in downtown Fayetteville.

"It has to be something sparked from the city. They need to come together and concentrate on the issue," said Al Edwards.

That's why the city of Fayetteville hired Walker Consultants to figure it out.

"The goal is to put together a parking management plan for the city," said Jon Martens with Walker Consultants.

That starts with getting feedback from people downtown.

The consulting firm set up in downtown Fayetteville and have asked residents to weigh in.

But the people ABC11 spoke with had differing opinions.

"I can get street parking but I usually schedule in an extra five minutes or so," said Suzy Goodwin.

But even that's a stretch for a super mom.

"Yea I have four kids under age four. So an extra five minutes is a pretty big sacrifice," said Goodwin.

"Parking along Old Street has always been packed, then there's the school here," said Martens.

But perhaps the biggest issue is the upcoming baseball stadium. The construction site itself has wiped out an entire lot.

"They've had to make a bit of adjustments. They're looking at adding additional parking, mostly for employees," said Martens.

"More traffic, more tourists, and attractions...For us locals it's going to be a downfall," said Hawkins.

The bottom line is, if you have a car, you have to park. The City of Fayetteville wants to make sure there's a space for everyone.