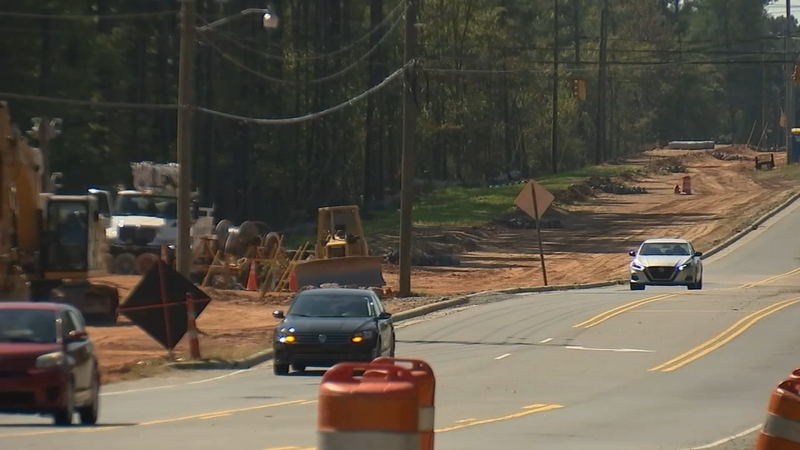 DURHAM, N.C. (WTVD) -- Fayetteville Road at Barbee Road will be closed for about a month starting October 17. People who normally use Barbee Road will have to use Woodcroft Parkway as a detour.

In southwest Durham, city leaders are expanding a one-mile stretch of Fayetteville road between Barbee and Riddle roads. Crews will also align some intersections within the project zone.

Gloria Turrentine works off Riddle and said she is not a fan of the construction delays.

"Three o'clock to try and leave because once 5 o'clock, 4 o'clock traffic is... oooo it's hectic," she said.

Commuter Jimmy Davis said his travel to work is now 30 minutes instead of 20 minutes.

"It's like whew ... you're going to be sitting there for a while," Davis said.

Neighbors said the expansion project is 20 years in the making after pleading with the city to expand the road.

But the benefits come with negative impacts for some neighbors on Fayetteville Road.

"The only thing that bothers me is how they're taking the people's yard," said Carrie T. Smith, who lives on a side street off Fayetteville Road. "The street is going to be right at doorsteps almost."

The city said no homes have been seized for construction, but admitted the public right of way for some properties has been yanked.