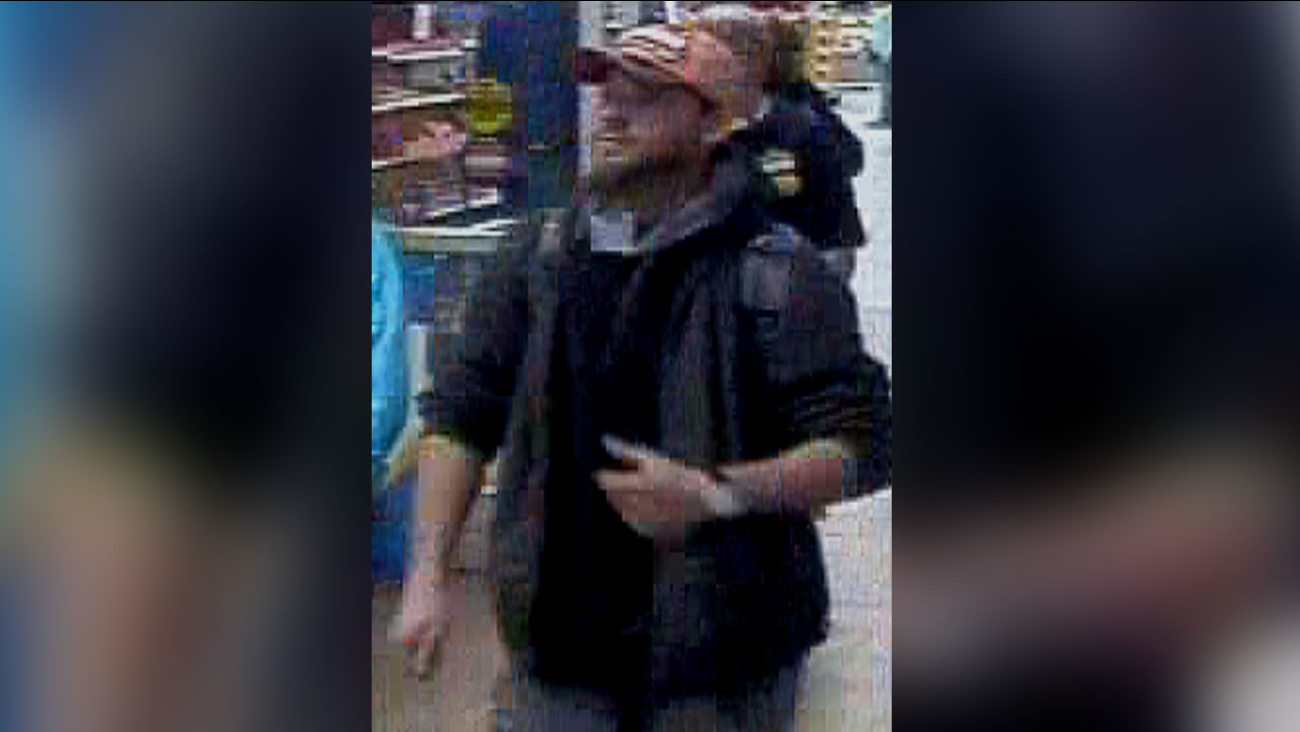 A surveillance picture of the suspect (image courtesy Fayetteville police)

FAYETTEVILLE, North Carolina (WTVD) -- Detectives with the Fayetteville Police Department says they are investigating two separate incidents involving a man who threatened to stab store security workers with a hypodermic needle while shoplifting.

On Thursday, February 16 around 9:40 p.m., police officers went to a shoplifting report at the Walmart located at 1550 Skibo Road.

Store workers said a man came in, hid several items in a stolen backpack from the business, and attempted to flee.

When security workers approached him, he allegedly pulled out a hypodermic needle, said he had a communicable disease, and threatened to stab them. He got away.

Then on Saturday, February 18 around 2:30 p.m., police got a report at the Skibo Road Home Depot that a man and woman came in and took two drills before trying to flee.

Again, when security workers tried to stop them the man pulled out the needle and repeated his threat. The couple got away.

Anyone with information regarding the investigations or the identity of the suspect is asked to contact Detective M. Laramie with the Fayetteville Police Department at (910) 676-1539 or Crimestoppers at (910) 483-TIPS (8477). Crimestoppers information can also be submitted electronically, by visiting http://fay-nccrimestoppers.org and completing the anonymous online tip sheet or by text-a-tip on your mobile device by sending a message to 274637 (in the text box type "4Tip" followed by your message).