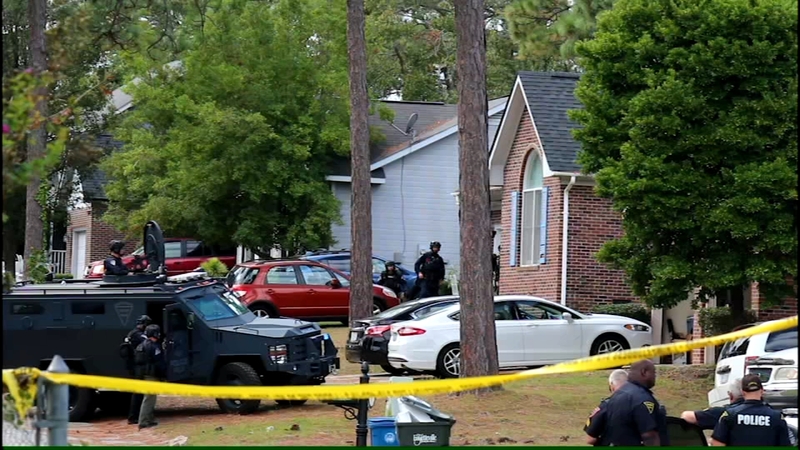 FAYETTEVILLE, N.C. (WTVD) -- A man who barricaded himself inside his home Monday in what Fayetteville Police described as a domestic disturbance and kidnapping was found dead.

Police negotiators spent several hours trying to talk with the man but were unsuccessful in making contact.

FPD's Emergency Response Team entered the residence and found the man unresponsive. Medical personnel pronounced him dead at the scene.

On Tuesday, police identified the man as Kadeem Brown, 27. Police said he died of a self-inflicted gunshot wound.

Two women were inside the home when the incident began, police said Tuesday. Both were eventually able to escape.