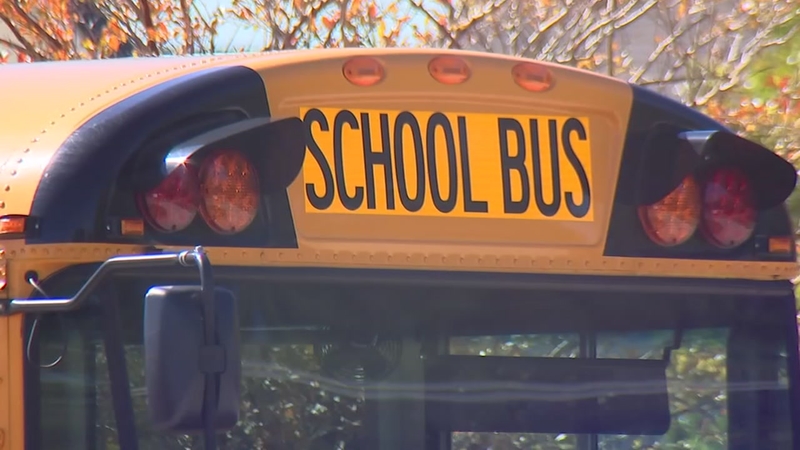 FAYETTEVILLE, N.C. (WTVD) -- A Cumberland County family is demanding answers after their five-year-old was put on the wrong school bus.

The bus was supposed to drop Brooklyn Keaton off at her bus stop near her home, but on Friday, the bus came and Brooklyn wasn't on it.

"I asked the bus driver and I was like where is my baby at and she's like 'I don't know'," said Lavel Keaton.

"At that point, I was losing my mind, my chest was tight and I couldn't breathe," said Keaton.

Brooklyn's parents told ABC11 that her kindergarten teacher was supposed to put her on bus #954 but a teacher's assistant was on bus duty instead. After countless phone calls, Brooklyn was found on bus #977 at Bill Hefner Elementary School. Her parents said the little girl was shivering and hyperventilating.

"She was inside of a bus, not running. It was raining and it was cold. The bus driver left her and came back and the reason why he came back; the school finally got in contact with him and he was like 'oh my, I left a child on the bus'," said Keaton.

But Brooklyn's parents do not believe the bus driver knew that Brooklyn was there. The five-year-old told her parents she was sitting in the second seat behind him.

"If you don't look over or go down the aisle, you probably won't see her. She's small," said Cristle Keaton, Brooklyn's mom.

The Cumberland County School system sent ABC11 the following statement in response to the accusations:

"As always, the safety of our students and staff is our top priority. Last week, a student was placed on the incorrect bus at the end of the school day. Once the bus driver became aware of the mix-up, he contacted his supervisor, and the student was safely reunited with her father. The student was under the supervision of an adult the entire time. We regret that this situation occurred, and school officials are reviewing procedures to help prevent similar issues from occurring in the future," Cumberland County Schools stated.