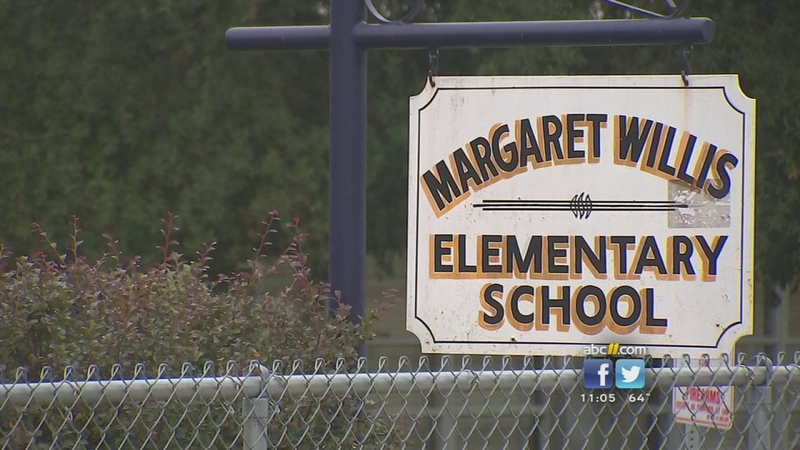 FAYETTEVILLE, NC (WTVD) -- A furious mom is demanding action after she says a teacher at Margaret Willis Elementary school in Fayetteville hit her 10-year-old son with a tennis ball can.

Sharmie Whitted told ABC11 the incident happened October 21 when her son didn't feel well and dozed off in class.

That's when the boy says a male teacher threw the can which hit him in the head.

"He yelled nobody sleeps in my class," said Emanuel.

"People are supposed to be protecting children," fumed Sharmie Whitted.

Emanuel had been placed with the teacher while his regular class was on a field trip. After the incident, Emanuel said another school worker took him out of the class when he said he was afraid of the teacher that hit him.

School officials confirmed the incident happened, but said several students in the class told them the plastic and metal canister hit the wall next to Emanuel. But Emanuel said he was hit and had big bump on the back of his head to prove it.

"They told me he had a head injury. He didn't lose consciousness, but there was a big lump on the back of his head," said Whitted.

"When I see him, when I walk down the hall, I see him and I get scared," he said.

A school official said the teacher's behavior was inappropriate, and the system does not condone that kind of behavior. But the spokesperson would only say the matter was resolved, with what she called "an in school action".

Whitted has filed a criminal assault complaint against the teacher.