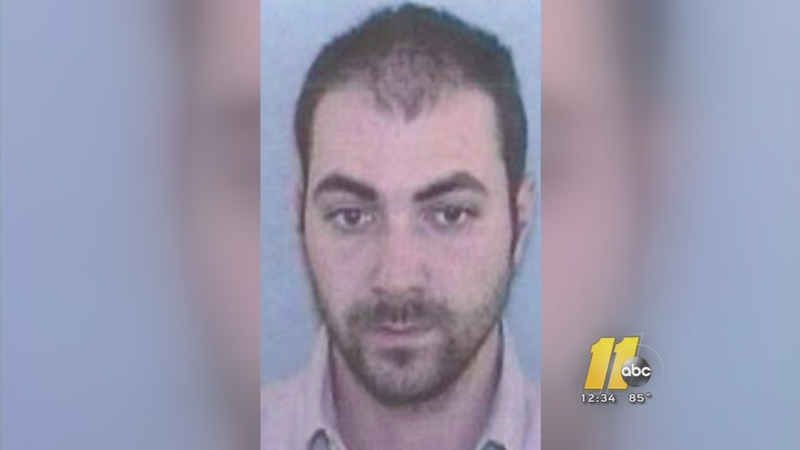 FAYETTEVILLE (WTVD) -- Montgomery County officials confirm they are investigating leads in the search for a missing Fayetteville Army veteran.

The office said Friday afternoon that their Sheriff and a detective were on the scene of a large search for 29-year-old Michael Kirkpatrick in the Uwharrie National Forest, about 100 miles from the Fayetteville home where he was last seen two weeks ago.

There are reported sightings of his vehicle and other belongings in the Uwharrie, although law enforcement could not immediately confirm details surrounding their leads.

Kirkpatrick was last seen on July 19, and was reported missing by his roommate. Authorities said he left his Chislehurst Street home in a black Toyota Scion, with a NC license plate number of DFK 4223. The vehicle is missing hub caps, and one windshield wiper. The other blade is covered with a sock.

Kirkpatrick also has a tattoo of his family crest on his left forearm, and a "Dawn of the Dead" movie poster tattoo on his right shoulder.

Cumberland County authorities issued a missing alert for Kirkpatrick on Tuesday. Loved ones describe him as suffering from PTSD. He is separated from his wife and two daughters who currently live in Florida. Authorities said his wife had not heard from Kirkpatrick since July 18. That's when Kirkpatrick's bank records show he made a child support payment, Cumberland County officials said.

On Friday, leaders from veteran aid groups launched searches around Kirkpatrick's Fayetteville home and the Uwharrie National Forest, where he is known to go camping.

"He didn't say anything [when he left]," Phillips said Friday. "He didn't take his cell phone with him. He left it at home. He withdrew money from his bank account [and] put it in the negative."

Phillips also described an exchange between Kirkpatrick and his roommate.

"A few days prior, his roommate says he held a gun to his head, threatened suicide," she said. "His roommate locked up the firearms and when he left, he tried to give the roommate the suicide note."

Phillips and other searchers requested volunteers to help with a weekend of searching around Kirkpatrick's Chislehurst Street home.

Late Friday, Phillips said they would wrap up that search and head to the Uwharrie this weekend in light of the developments there.

"We just don't leave somebody behind," Phillips cried.

Anyone with information of Kilpatrick's whereabouts is asked to call the Cumberland County Sheriff's Office at (910) 323-1500.