Fayetteville woman's calmness during robbery may have saved lives 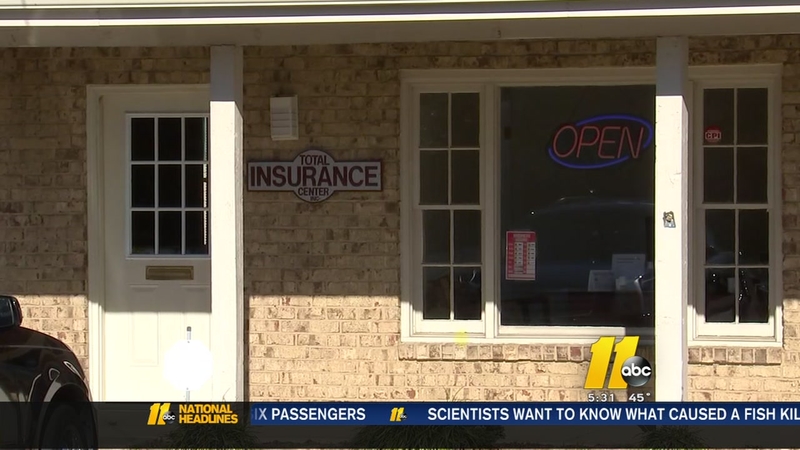 Woman's cool demeanor during robbery may have saved lives

FAYETTEVILLE, North Carolina (WTVD) -- A normal day of business for employees and customers at Total Insurance Center on Thursday turned into a day that they'll never forget.

"And it's just going to bother me," she said Friday. "It's bothered me since last night."

Chantre came to speak with an insurance agent about her son's stolen car, instead she silently begged for her life as she stared down the barrel of a gun.

"He said don't move, and I told him I'm barely breathing". NEW at 4:30 a Fayetteville woman describes the moment she was robbed at gun point pic.twitter.com/r3b5NatO4L

"He told me not to move and I said 'dude, I'm barely breathing,' " she recalled.

It was Chantre's relaxed demeanor that helped calm a terrified and pregnant employee.

"We're all lucky to be alive especially the girl having a baby," Chantre said. "She told me you're the one that calmed me down. I looked at her, 'stop, you're pregnant."

Chantre said that even though her material items can be replaced, she wants the crooks to think twice before robbing someone else.

"I'm just disappointed because I have a son his age," she said. "How would you feel if it were your mom, girlfriend or someone close to you?"

Police are searching for those suspects. They're described as two black men in their 20s. Police say they fled in a white SUV with shiny rims.