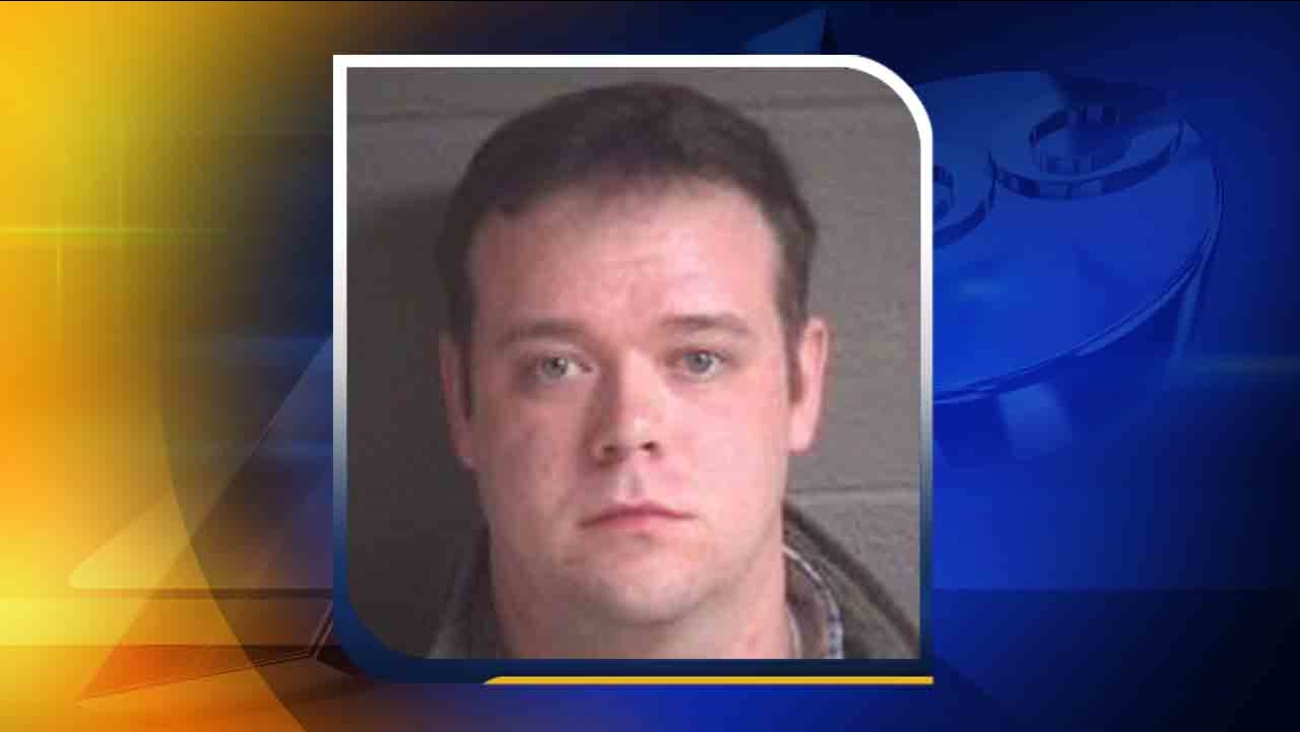 ASHEVILLE, NC -- A white police officer whose body camera recorded him beating a black pedestrian he accused of jaywalking has been arrested on assault charges in North Carolina.

Christopher Hickman was charged late Thursday with assault by strangulation, assault inflicting serious injury and communicating threats, according to the Buncombe County District Attorney's Office. A phone listing for Hickman had a full inbox that wouldn't take messages Friday.

The Asheville Police chief put Hickman on desk duty immediately following the beating last August, and he resigned from the force in January after an internal investigation determined he should be fired. Still, the case remained a secret until the recording was leaked to the local newspaper and published last week, sparking community outrage. The FBI is now investigating.

The camera recorded Hickman saying "he's not learning!" before a trainee confronts Johnnie Jermaine Rush for jaywalking. Hickman first told the trainee to write him a ticket, but then told Rush to put his hands behind his back after Rush complained that officers didn't have anything better to do than "harass somebody" for walking.

Rush then tried to run and Hickman brought him down, repeatedly punching him in the head, the video shows. Hickman also struck him and shocked him with a stun gun and put him in a chokehold, according to city documents.

An arrest warrant for Hickman notes that he struck Rush multiple times, causing abrasions and swelling to his head. The warrant said Rush lost consciousness when Hickman placed his arm on his throat and applied pressure.

Describing the threat charge, it also notes that Hickman can be heard saying to Rush: "You're going to get f----d up hardcore."

Officers charged Rush with impeding traffic and resisting arrest, but the charges were dropped. In the recording, made as the streets were deserted, Rush said he was just walking home from his restaurant job when he was stopped near a minor league ballpark and breweries that fuel the city's booming tourism industry.

The case remained out of the public eye for months until the recording was leaked to The Citizen-Times and published last week, sparking outrage. Angry commenters at a public meeting this week questioned why the case unfolded so slowly and secretly.

Asheville police finished an administrative probe in December, concluding that Hickman should be fired. He resigned instead at the beginning of a January meeting where he was scheduled to be terminated.

Authorities then sought an outside criminal probe in January by the State Bureau of Investigation, which declined to lead an investigation partly because of the months-long lapse in time since the violent arrest. Instead, an Asheville detective began looking into whether charges were warranted. The FBI has also launched a criminal investigation.

A Wednesday meeting of a citizen's police advisory board began with Police Chief Tammy Hooper offering a timeline of what she called "a very egregious and violent episode."

She emphasized that she reviewed the recording and put Hickman on administrative duty only hours after Rush's arrest, following his complaint.

"He never went back on the streets," she said of Hickman before her remarks were cut short by audience interruptions.

Asheville's mayor and City Council complained that they didn't know about the case until the video was published.