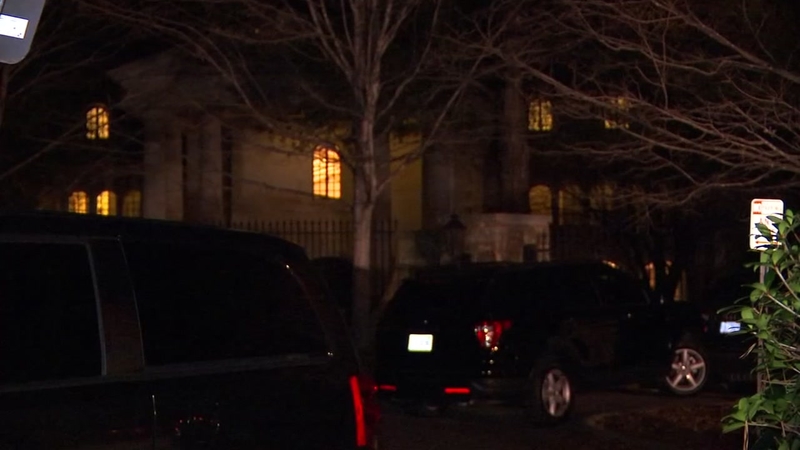 RALEIGH, N.C. (WTVD) -- The man who owns the mansion at the center of an FBI raid in Raleigh Wednesday evening apparently tried to get his housekeeper's son, who he believed was romantically involved with his wife, deported back to Russia.

A car just zoomed past another car blocking the house where the @FBI is doing an investigation in north raleigh. #ABC11 pic.twitter.com/w9t3D1KtBt

The documents were filed one day after 6510 New Market Way in Raleigh was raided by FBI investigators. Property records show the home is owned by Leonid and Tatiana Teyf.

The @FBI is at this home on new market way in @RaleighGov. No indication of what they’re doing here. Only will say “investigative activity.” #ABC11 pic.twitter.com/otvr4WZhGY

The new court filings state that the couple previously employed a housekeeper who came from Russia, her husband (who was also employed by the Teyf's) and their son, who all resided with the Teyf's.

At some point, the records state, the housekeeper's employment ended and her family moved out.

In February of 2018, Leonid told a source that he believed his wife had been involved in a romantic relationship with the housekeeper's son, who was in the country illegally at the time.

He said he wanted to pay someone to get his wife's alleged lover "talking" and then overdose him on drugs. Leonid also expressed the desire to get him deported to Russia.

At another point, he told the source that he wanted the housekeeper's son to be "kidnapped, taken into the woods, forced to admit to having had sex (with his wife) on video then to be killed."

In May, according to the documents, Leonid met with his longtime friend and business partner, John Patrick Cotter and a Department of Homeland Security Special Agent at the Salt and Lime restaurant in Raleigh.

Cotter suggested that Leonid could provide "a boat, vehicle or cash" as an incentive to get the homeland security agent to investigate the alleged lover's illegal status. They agreed to pay the agent "$25,000 in United States currency for an investigation that would result in the arrest and deportation" of the housekeeper's son.

Cotter also suggested a down payment of $10,000. He then gave Leonid a black bag, which Leonid took to his car. When he returned, he placed the bag on the agent's backpack. Investigators later determined that the bag contained $10,000.

Cotter is now facing charges for aiding and abetting and bribery of a federal official.

The affidavit did not mention whether Leonid would be charged.