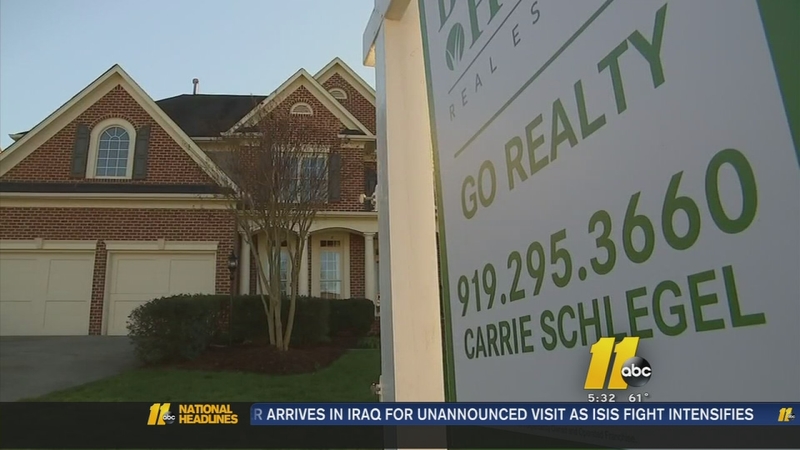 WASHINGTON (WTVD) -- For the first time in nearly a decade, the Federal Reserve has raised interest rates. They've gone from near zero to between .25 and .50 of one percent.

So what does that mean to you and big purchases like cars or homes?

"Right now, we really want to buy," said potential Raleigh homebuyer Matt Leffler, "while the interest rates are still low and that's definitely an important factor for us."

Leffler is upgrading from a starter home and has been watching interest rates closely.

"If they were going to increase in the next two years," said Leffler, "we could see an increase more than .25 percent, maybe as much as one and a half percent. So that's going to have a big impact on us."

"Historically, we're still low," said Cathy Edwards, a lender with MBV Mortgage in Raleigh. "We're not even at five percent."

"We had a mortgage crisis in this country. That's why the rates were so low. What people need to realize is, they weren't supposed to be this low, this long," she said.

"How much house you can afford and when the best time to buy is, that's a huge factor for us," said Leffler.

And it's not just home loans. The cost of auto loans are expected to rise. By some estimates, if rates go up a full percentage point, it could slow car sales by more than three percent.