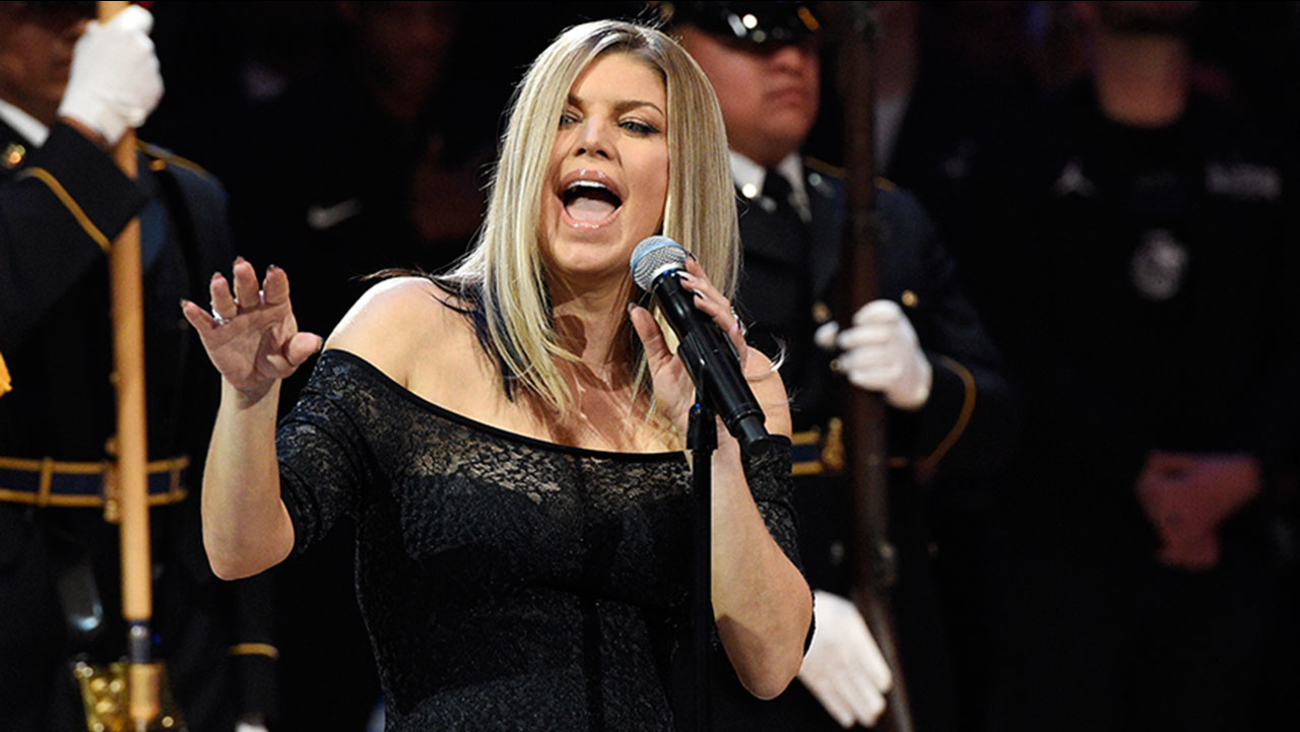 LOS ANGELES -- Singer Fergie performed the national anthem before the NBA's All-Star Game on Sunday and her delivery met with overwhelmingly negative reaction on social media.

The former Black Eyed Peas singer performed a slower, jazzier version of the Star-Spangled Banner before the game at Staples Center.

But some called it one of the worst-ever performances of the anthem, debating where it stood compared to widely-panned versions in the past by Olympic star Carl Lewis and comedienne Roseanne Barr.

Who saw Fergie's national anthem performance at the NBA All Star Game? I think mine was better lowkey

Others tweeted a picture of Golden State Warriors star Klay Thompson with his ear bleeding.

And many noted the reaction of some of the players and audience members at Staples as they listened, ranging from looking dumbfounded to giggling.

Here's a selection of just a few of the comments:

Not sure what Fergie was going for on that national anthem performance but if it was “my friends drunk mom acting sexy” she nailed it.

Fergie’s rendition of the National Anthem was originally written by Francis Scott Out of Key.

Charles Barkley: “I needed a cigarette after that national anthem.” 😂😂😂😂😂😂

I thought Fergie's assault on the memory of Merry Clayton w/Jagger at the R&R HOF 25th was going to be her major offense against musical history.
Wrong again.

So how about that All-Star Game National Anthem? pic.twitter.com/Y6mqG6jyGS

Players faces during Fergie’s rendition of the National Anthem... pic.twitter.com/QQ3VXaBchT

Everyone who saw #Fergie sing the National Anthem please look directly into your phone.
You're welcome pic.twitter.com/zEYqjoqJmQ