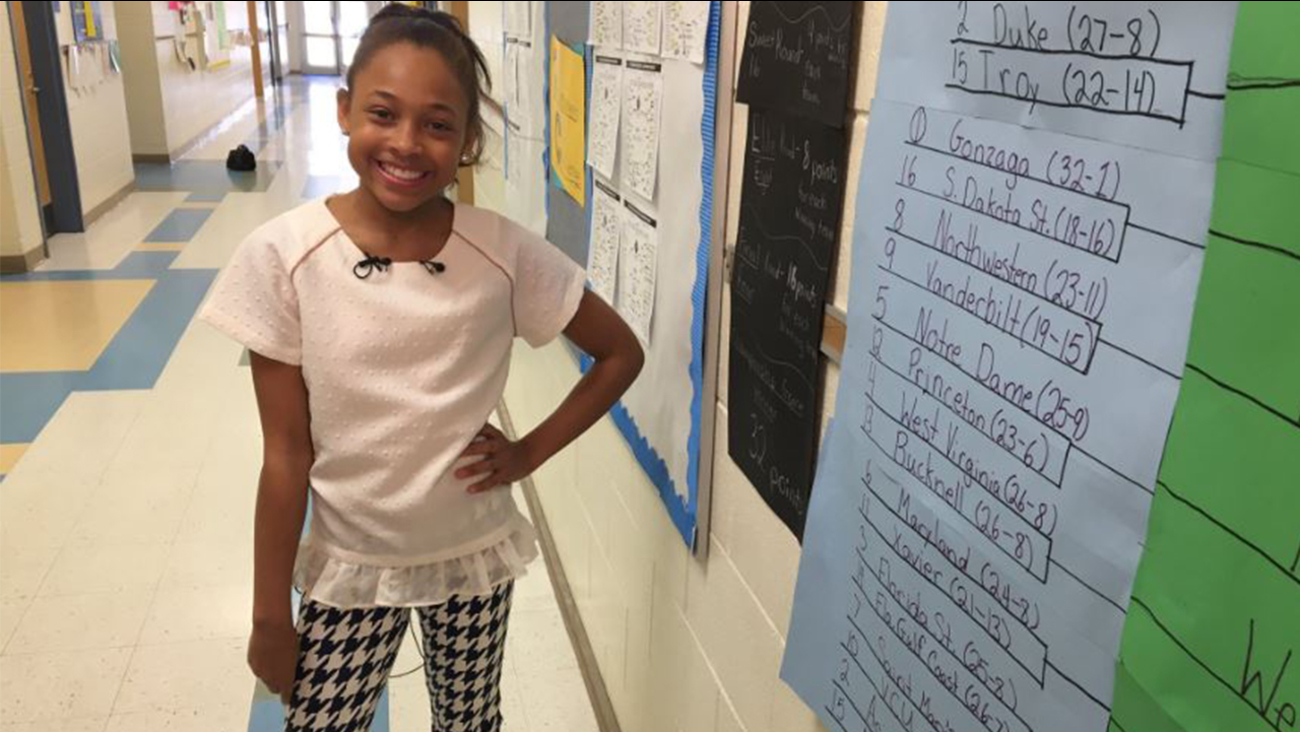 The 12-year-old said that it was her first time filling out a bracket.

Sasha said she picked teams based on a formula, starting with their record and conference rank.

PERFECTION: ..or pretty close! This 7th grade student correctly chose all of the #FinalFour teams!

How she did it, TONIGHT on @wsoctv! pic.twitter.com/EeuFBCIHfj

And it's no surprise that she picked North Carolina to beat Gonzaga in the championship game Monday night.

"Of course I'm going to go for my hometown," she said.