Is something up with your water bill? After a spike in complaints, we looked into it 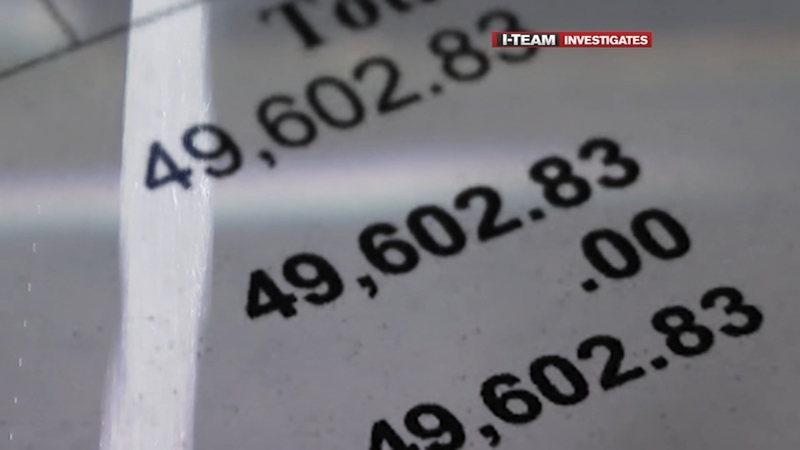 Is something up with your water bill? After a spike in complaints, we looked into it

You're asking questions and the ABC11 I-Team is getting answers on the apparent rising cost of water.

This year the complaints are coming from all over: Holly Springs to Harnett County, the City of Durham to the Town of Apex.

"It's kind of like identity theft. When it's happening to other people it's not that big, but then it happens to you," Mel Medlin, a Johnston County homeowner, told ABC11. "This many people cannot be wrong."

Medlin, who lives in Clayton with his wife and dogs, found his surprise in the mail when the bill from Johnston County's water utility charged him for an extra 80 gallons of water per day.

"I knew the first thing I had to do was get it checked for leaks. I contacted the county and they found no leaks," he said.

Medlin would go on to call the utility's customer service and he says the department remedied the issue. Still, he remains mystified as to why something like that can happen.

"Money wise, we were compensated, but the fact that we went right back to what we had for eight years just doesn't make sense."

Indeed, all of the utilities involved in the complaints shared with ABC11 would get in contact with those homeowners, and most cases were settled. At the time, residents said they were told the errors were blamed on everything from "personnel issues" to technological glitches in the meters.

What Medlin wanted from the I-Team was to find out if there was anything lurking under water that might suggest some sort of widespread issue leading to the sudden spike.

The good news: Officials and experts agree there is no widespread problem.

"Larger urban cities are able to charge lower rates and are financially stable for longer because they have more customers to depend on," Shadi Eskaf, Senior Project Manager for UNC's Environmental Finance Center, told ABC11. "In general, the areas around here because of the large number of customers, we're in good shape compared to other places in the state and others in the country."

Eskaf's team annually studies rates from more than 500 water and wastewater utilities that serve more than 8 million people in North Carolina. According to the 2018 report, North Carolina residents on average pay $27 - $41 per month for five thousand gallons of water.

Lower prices, however, aren't necessarily cheap; Eskaf warns North Carolinians shouldn't get too comfortable with those prices because they might actually be too low for what's at stake.

"There are a lot of utilities that have not done anything about replacing assets in 10-20-30 years and may be seeing sticker shock when they start internalizing some of those costs," he said. "The last time the state looked at this we estimated $17-$26 billion for the next 20 years to just maintain the current infrastructure - not even to extend or build new infrastructure."

In other words, Eskaf said utilities must pay for a massive project to repair or replace thousands upon thousands of miles of pipes underground.

Those costs, then, will eventually be passed on to the customer, and that can happen in two ways: sudden, large spikes in rates, or gradual increases over an extended period of time.

"We know in some cases there may be some cases where there are pipes 75-100 years old and still in operation."

The good news for the Triangle, though, is the growing population.

"Smaller towns and rural areas, especially those with declining populations, those costs keep going up but the number of customers keep going down," Eskaf said. "I think that as rates go up and they will go up in the future, you will see more and more customers noticing it."

For Mel Medlin, he says he's prepared to always study the bills -- a little closer anyway.