Raleigh painting fire hydrants yellow -- and that will save you money 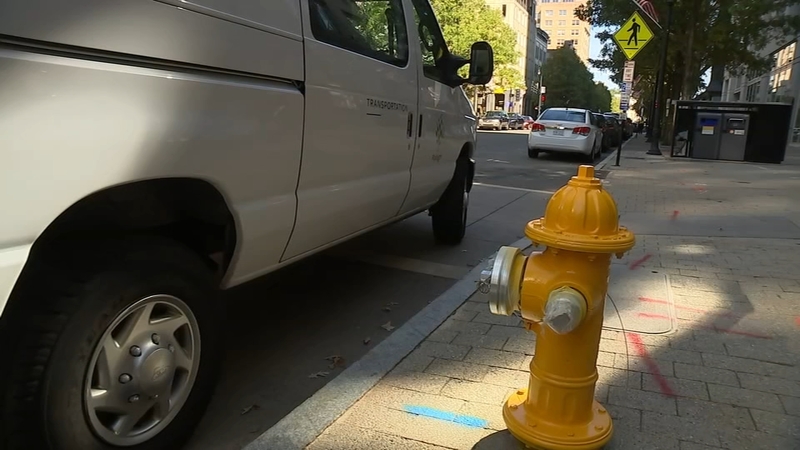 Raleigh painting fire hydrants yellow -- and that will save you money

RALEIGH, N.C. (WTVD) -- They're not everywhere yet, but people are starting to spot bright, almost fluorescent fire hydrants across Raleigh.

The color is much easier for firefighters to find at night than the traditional dark red. Even better, the City of Raleigh said the yellow will save you some green on insurance rates.

City employees are switching the paint color of about 22,000 hydrants throughout Raleigh. The work started last year and is about halfway done.

The City of Raleigh is switching it up. Noticing a bunch of yellow hydrants around town instead of red ones. @RaleighGov #ABC11 pic.twitter.com/apcZ76c7XV

The color swap and the price you pay for insurance might not seem intertwined, but they are.

Insurance companies will look at something called an ISO rating when quantifying risk in a community and then deciding what to charge people.

The rating is based on the state of affairs at a fire department.

Staffing levels, response time, and infrastructure improvements are some of the things that play into a score.

Raleigh now has a "One" rating -- the highest possible.

Cary and Holly Springs are the only other communities in Wake County with the perfect score.

Holly Springs is a prime example of how the ISO rating can affect insurance premiums.

Residents and business owners are soon going to see their premiums slashed by more than 25 percent after the town was able to drastically improve its rating from a "Three" to a "One."

When Raleigh received a bump up two years ago, part of that meant the colors would be switched on the hydrants and the city would fall in compliance with the National Fire Protection requirement.

The project is long-term and officials said they are committed.

"It's sort of a citywide effort to get us the highest rate possible," Buchan said. "The fire department obviously has a big part in that. They've done a great job."

And residents get to enjoy a safer, slightly less expensive city.

"I have seen a lot of improvements and I really appreciate it," Raleigh resident Wade Lynn said.