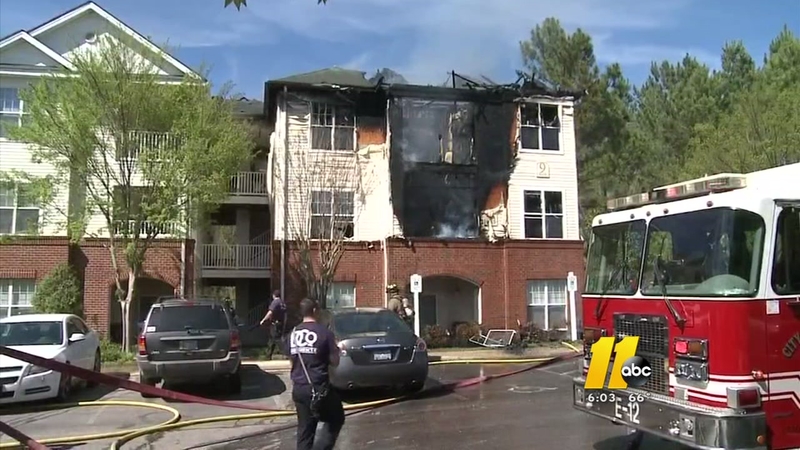 Saturday afternoon crews were called to Falls Pointe apartments about a fire burning on the third floor of one of the buildings. They said the fire actually started on a second-floor balcony and extended to the third-floor attic.


Authorities said when they arrived the fire was heavy in front of the building and residents were forced to evacuate.

Sydney Allen escaped from the third floor wearing nothing but a bathrobe.

"It was so hot," she said. "We could feel it from down there. The flames were just shooting up. Our porch was on fire."

Her fiancé Eduardo Hernandez said everything in his home is destroyed and he just wants answers.

Durham firefighters are not sure what caused the fire but they are working to determine where it started and how much damage it caused to the six units affected.

No injuries have been reported; however, 15 people are homeless, five of them are children.

The American Red Cross has been called to assist those residents.

The fire department said the fire was accidentally started by an electric smoker or extension cord supplying power to it.