2 injured in fire and explosion at RapidXChange propane center 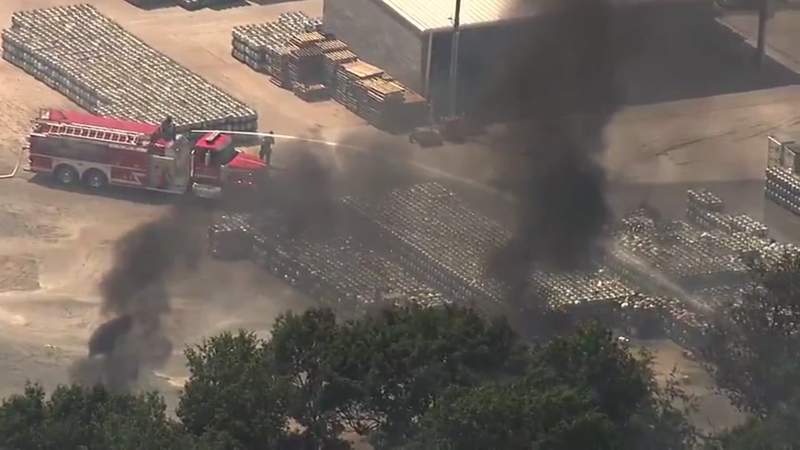 CLINTON, NC (WTVD) -- Two people have been injured at a fire and explosion at the RapidXChange propane center in Sampson County.

The two people who were injured have been airlifted to the UNC Burn Center. One firefighter was treated at the scene and released.

The Sampson County E-911 Center received a report of multiple explosions about 2 p.m. at the facility at 6280 Hobbton Highway in Clinton.

"We were inside and we heard two booms. We came out and I turned around on the porch and we could see the smoke," said 12-year-old Chase Kennedy who lives half a mile from the building. "My heart was pounding. Racing."

A shelter at L.C. Kerr Elementary School in Clinton was opened for people who had to be evacuated from the area. It closed once the scene cleared and people were allowed to return to their homes and businesses.

Roads were closed from the intersection of Hobbton and King Road and Hobbton and Keener Road. US 701 reopened late Friday afternoon.

Because of the incident, the State Highway Patrol worked with local authorities to ensure traffic wasn't affected by potential hazards.

"I'm just hoping that the two burn victims that were injured are OK," said Karen Kennedy.