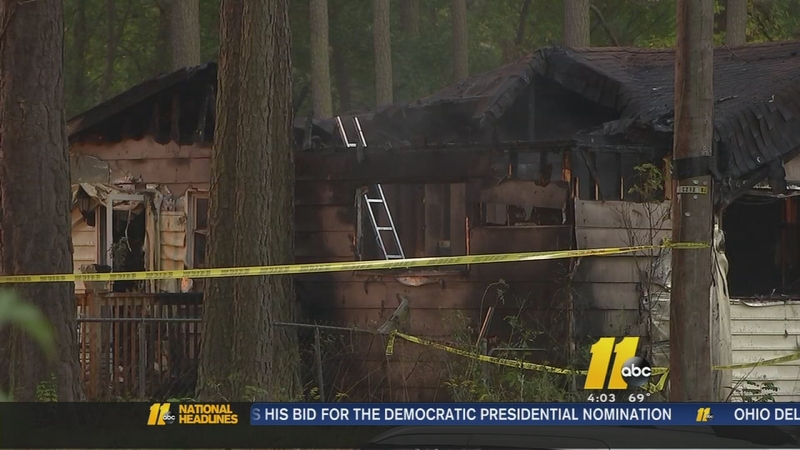 GARNER (WTVD) -- A man died after being pulled from a burning Garner home early Tuesday morning.

It happened just after 4:30 a.m. when firefighters were called to the home in the 4800 block of Auburn Church Road at Strawberry Lane.

Related story: How to stay safe this winter heating your home

The man was pulled out of the home unconscious. Officials at the scene told ABC11 the person later died.

Now confirmed: A man is dead after fire at a home on Auburn Church Rd & Strawberry Ln in Wake Co. #ABC11Eyewitness pic.twitter.com/ni7fICrCec

Relatives identified the man as James Jones. He was retired, but continued to work part time for reliable medical supplies.

"It bothered me a lot," Jones' nephew Tyrone Wright said. "He was my favorite uncle, my dad's brother."

Wright described his uncle as a hardworking man, originally from Boston, who stayed busy.

"We've been trying to call him for the last couple of weeks," Wright said. "He doesn't answer the phone, and we're all busy working. We usually come up to the house, and sometimes I come down here. But lately I've been bogged down at work."

Garner's deputy fire chief said he believed Wake County deputies made one of the first calls to dispatch about the blaze.

"At this time of the morning, especially if he's home alone, nobody else noticed the fire," Garner Deputy Fire Chief Tim Herman said. "So I'm thinking they rode by. We're investigating that."

Later Tuesday, officials confirmed the dead man was James Jones and said the cause of death appeared to be smoke inhalation.

The fire likely began with an electric space heater.

As temperatures get cooler, officials said they want residents to be careful if using space heaters to make your home comfortable.

"We are entering the coldest season so take precautions while using heating sources" Herman said.