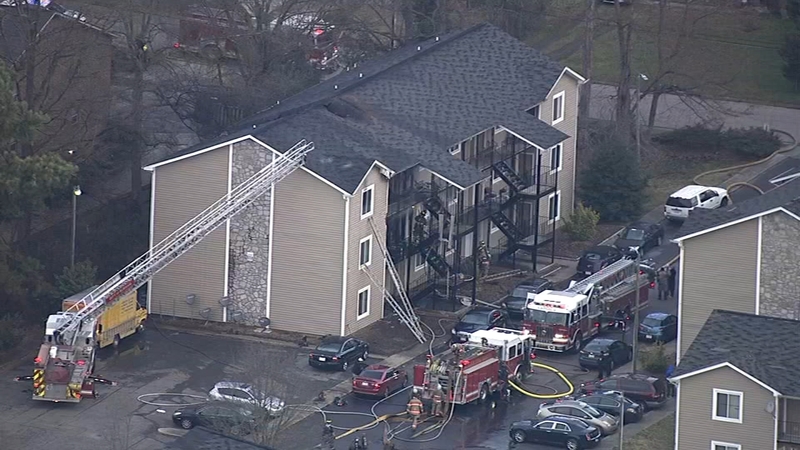 The fire happened yet at the 3-story Bay Creek Apartments in the 1300 block of Hudson Avenue just after 6 a.m.

Durham fire officials said 41 firefighters responded to the scene. The fire was knocked out in 18 minutes.
Chopper 11 captured footage of the noticeable damage, including a hole in the roof. Heavy fire could be seen coming out of the attic.

Officials said one firefighter was hospitalized for burns sustained in the fire while two apartment residents were transported for smoke inhalation concerns. All are reported to be in good condition.

A man who lived in the apartment told ABC11 he believes the fire was electrical, but Durham fire officials have not confirmed a cause for the blaze. An investigation is underway.