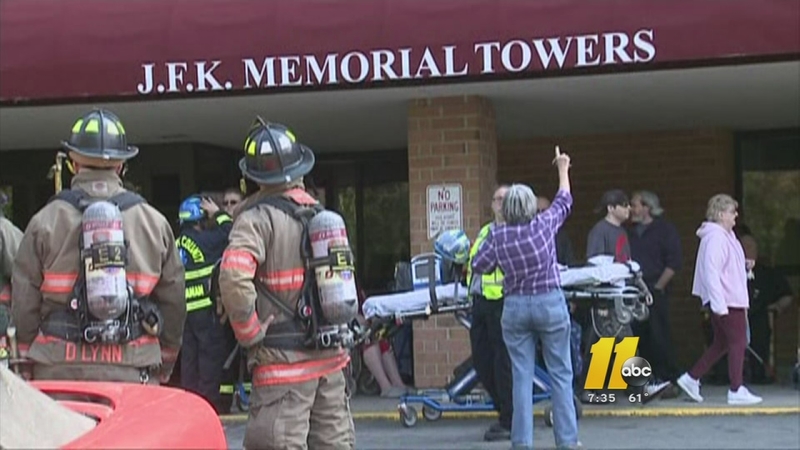 DURHAM (WTVD) -- An elderly Durham man was found dead, sitting in a chair, after an intense apartment fire Saturday.

The victim has not yet been identified. Officials believe the fire was accidental.

It happened around 1:20 p.m. at the JFK Towers on Old Farm Road, off of North Roxboro Street.

The fire started inside the living room of the victim's third floor apartment.

A chaplain was seen at the complex meeting with residents who are distraught.

Sunny Clark lives at JFK Towers. She was running errands when she got a call that her friend had died in the fire.

"It was terrible, we couldn't believe it," said Clark. "Everybody loved him."

Clark says the victim was a lifelong Durham resident. He was battling an illness, and in the last few months was bound to a wheelchair. Clark says his sister also lives at the complex and has been taking care of him.

"He was very, very sick," Clark said. "You know everybody going to miss him and I couldn't believe this happened to him."

Officials are now investigating the elderly man's death and will be doing an autopsy.

"We don't know at this point what the exact cause was or what he was doing at the time," said Durham Deputy Fire Chief Chris Iannuzzi.

No one else was injured in the fire. Officials said 30-40 apartments now have water damage. Building management said that none of it was significant enough to displace any residents.