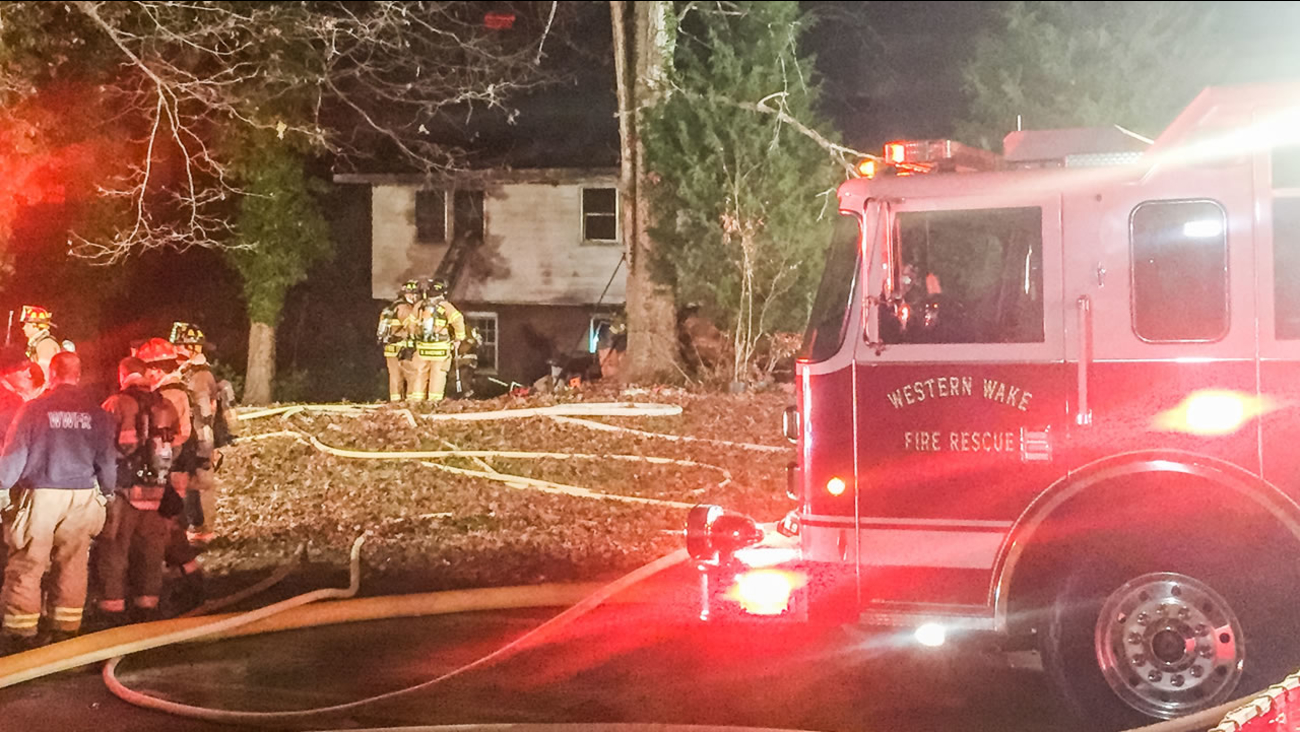 RALEIGH (WTVD) -- Firefighters were called back to the scene of a challenging house fire hours after the blaze started Monday evening.