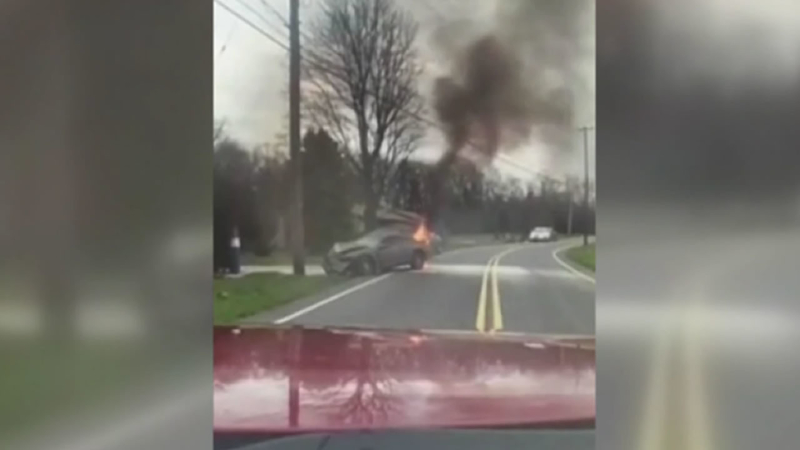 YORK TWP., Pa. (WTVD) -- The heroic actions of a fire chief in Pennsylvania were captured on dash-cam video on Monday.

Chief Nate Tracey of the York Township Fire Department was first to arrive at the scene of a burning car.

The driver was knocked out inside, his life in danger.

The chief charged into the fiery, smoky car before even putting on his firefighter jacket.

In the video, ambulances can been seen arriving just as Tracey is pulling the victim out of the vehicle alive.

The car on the other hand didn't fare so well.

If it wasn't for the actions of Tracey, the ending could have been much worse.