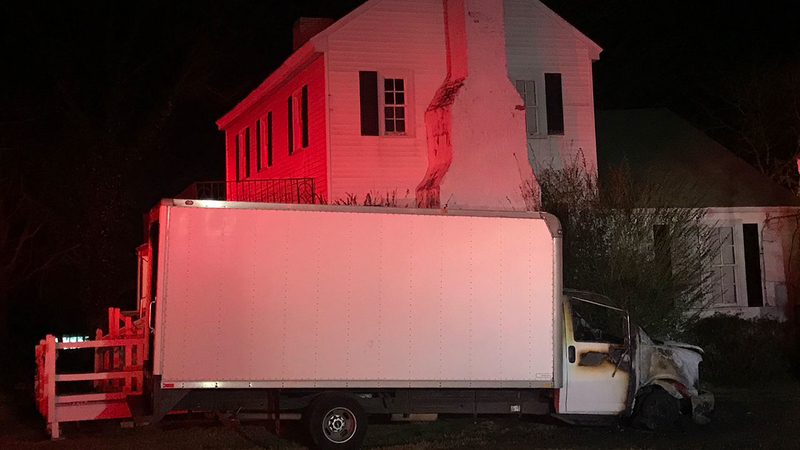 WAKE FOREST (WTVD) -- Firefighters in Wake Forest were called to a home early Wednesday morning when a nearby truck burst into flames.

It happened on S. Main Street.

Firefighters respond to S Main Street in Wake Forest after a boxtruck goes up in flames. A structure has minor damage but thankfully, a man whose father lives at the property tells me nobody was injured. #ABC11 pic.twitter.com/lOUhdNGzjM

The fire started from the front of the truck that was parked near the home and a structure.

The structure suffered minor damage. A man whose father lives at the property tells ABC11 that no one was injured.

Firefighters were able to put the fire out quickly.