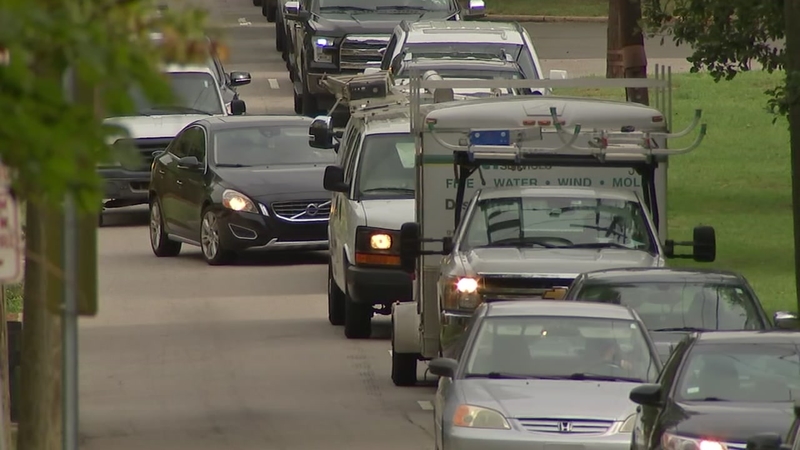 Any weekday morning just before 9 a.m., commuters heading south into downtown Raleigh create a lopsided funnel through Five Points as drivers cut over to avoid cars parked in front of businesses.

The N.C. Department of Transportation maintains Glenwood Avenue, but the city creates and enforces the parking zones.

Right now, there's no parking on Glenwood Ave. from 7-9 a.m. and 4-6 p.m. Monday-Friday, and the city is not considering adjusting those hours.

Instead, Raleigh's Department of Transportation is working to procure flashing signage to better warn drivers of the restricted parking area.

Paul Kallam, assistant director of Raleigh DOT told ABC11 that traffic engineers want to maintain a balance with the businesses and the community, and they're aware of the need for on-street parking during non-peak hours to help businesses thrive.

Kallam said there is no timeline for installation as the department is still working to purchase the signs and coordinate with Duke Energy.

Stef Mendell, who is running to keep her District E seat on Raleigh City Council, said she frequently gets traffic complaints from people who either live or drive through Five Points.

"They like the idea that there are cars parked in one of the lanes during parts of the day because that slows things down and makes it safer," she said. "I also hear from people who think it's very confusing that sometimes cars are allowed, sometimes they aren't."

David Clappier, President of the Five Points Business District Association, said traffic and lack of parking is a top concern for businesses and people who live in the area.